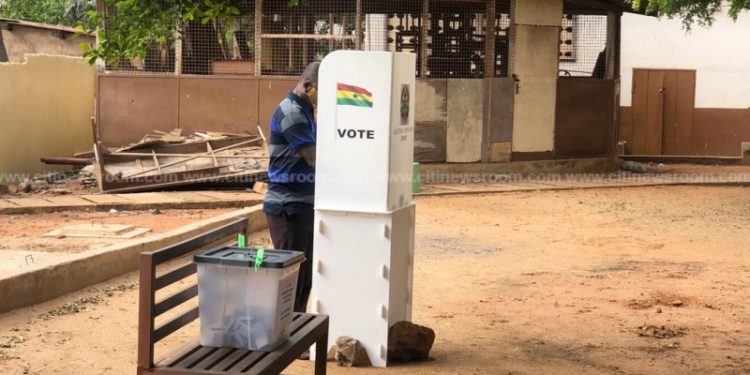 The leadership of the New Patriotic Party (NPP) in the Ashanti Region has assured members that all issues concerning the voters’ album at the Kwadaso constituency which resulted in the postponement of their parliamentary primary have been resolved.

The incumbent Member of Parliament (MP) for the area, Samiu Kwadwo Nuamah is facing competition from Kingsley Nyarko and Vincent Frimpong with the contest scheduled for tomorrow, June 24, 2020.

Speaking to Citi News, the Ashanti Regional Director of elections for the party, Patrick Acheampong says all aspirants have expressed their satisfaction with the register for Wednesday’s polls.

“The issues surrounding the register have been resolved in the presence of the general secretary. Till now, the register is ready. It has been authenticated by the General Secretary and Regional Chairman in the presence of all the aspirants and stakeholders. So now it’s ready. We have written a letter to the Electoral Commission and they are preparing for tomorrow. What is left is breaking the register to various electoral areas. We are going to vote in nine centres and everything is set,” he stated.

Mr. Acheampong, however, believes expanding the electoral college for all card bearing members to participate during primaries will help address the issue of vote-buying.

He said, “This will not be an exception. We have to make sure in the future, we put measures in place to reduce this to the barest minimum. The electoral college has to be expanded to make sure this cannot be possible. If we have 10,000 people voting, can you buy somebody’s vote or induce somebody? It’s not possible. But this one, we have at most 700 people and it’s something someone can do if they have enough money.”

The NPP put on hold its planned parliamentary primaries in the Kwadaso, Gushegu, and Dormaa Central constituencies over certain developments.

Prior to the party’s parliamentary primaries on Saturday, June 20, 2020, General Secretary of the NPP, John Boadu in a statement said the issues with such constituencies have been resolved.