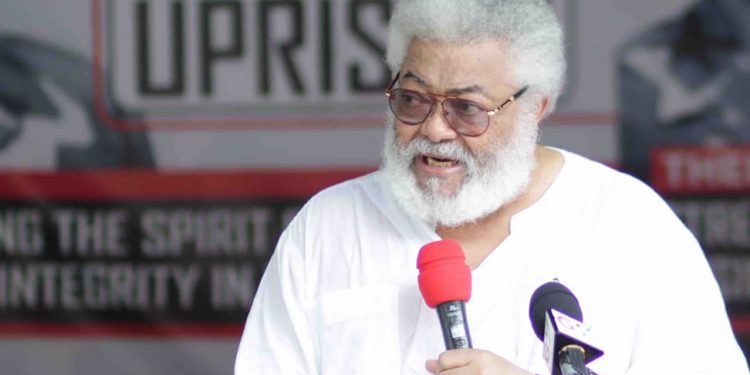 The Attorney General (AG) is seeking to back the National Democratic Congress in a suit challenging the continuous commemoration of the 31st December 1981 coup d’état that toppled the Administration of Dr. Hilla Limann.

Constitutional law advocate and Professor of Accounting, Stephen Kwaku Asare is in the Supreme Court challenging the constitutionality of the annual celebration or commemoration of an event he argues is inconsistent with the letter and spirit of the 1992 Constitution.

He is ultimately asking the Apex Court to direct the NDC to cease and desist from holding the annual ceremonies.

At its last hearing on Wednesday, June 17, 2020, the Supreme Court directed the Attorney General to immediately file legal arguments on the matter.

In a proposed statement of claim filed by the Attorney General, signed by Chief State Attorney, Grace M-Ewoal, and sighted by Citi News, the Attorney-General argues that, Professor Stephen Kwaku Asare has no case.

In a what could best be described as an AG’s push for a technical knock-out, the AG wants the Court to believe and to rule that Professor Asare failed to demonstrate how the NDC’s annual celebration or commemoration of the 31st December Coup d’état offends the 1992 Constitution as such warrants the Court’s orders.

The Attorney General, according to the sighted proposed statement of claim, will also be arguing that the “use of public space which is funded or maintained with the public funds to commemorate the event defeats the purpose of the decision in NPP v. Attorney-General which seeks to bar the use of public funds in the celebration of the event.”

Meanwhile, the Attorney-General has asked the Court for more time to enable it file its Statement of Case.

In an application to the Court, the Attorney General in acknowledging the failure to file within the stipulated fourteen-day period says it was borne out of administrative lapses and not disrespect to the Court.