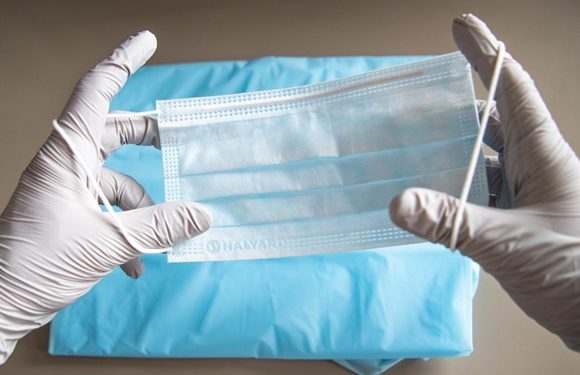 The Operations Team of Railways Police Command in Accra has arrested 40 people for non-compliance with the mandatory wearing of face mask directive.

A 25-member team conducted the ‘Operation Wear Your Mask’ within the Central Business District, Kantamanto and its environs on Tuesday, June 23, 2020.

“The railway operational team yesterday [Tuesday] embarked on ‘operation wear your mask’ in the Central Business District of Accra. This was part of measures to stop the spread of COVID-19 where people are mandated to put on their face masks any time they go into the public space. 40 persons in all were arrested at the end of the operation. They were brought to the police station and various caution statements were taken from them, after which they were granted bail to report on 24th June for further action to be taken on them.”

President Akufo-Addo made the wearing of face masks mandatory, in the wake of a sharp rise in the number of COVID-19 cases in Ghana and has through an Executive Instrument asked the police and law enforcement agencies to lead its enforcement.

Concerns over the law

The new sanctions for not wearing face masks are contained in a new Executive Instrument (E.I. 164).

But many have, however, questioned the terms and conditions under which the law and its corresponding sanctions will be applied without infringing on individual rights and liberties.

Aside from the perceived harshness of the law, concerns have been raised about the definition of a public place and if, for example, a person should wear a mask whilst in his or her car alone.

But the government has defended the move, insisting that the current sanctions for not wearing face masks are in order to protect the ordinary Ghananaian from contracting the virus.

“There is an imposition of the Restriction Act, which has now moved to the gazetting of an Executive Instrument to make mandatory the wearing of face mask and attach the necessary sanctions to it. The imposition of the restriction Act gives room for sanctions. What we need to do is to encourage people to comply with it so we all protect ourselves”, Information Minister,  Kojo Oppong Nkrumah has maintained.

Mr. Oppong  Nkrumah has assured the Ghana Police Service will in the coming issue directives to its officers on the compulsory wearing of face masks as the country battles the Coronavirus pandemic.