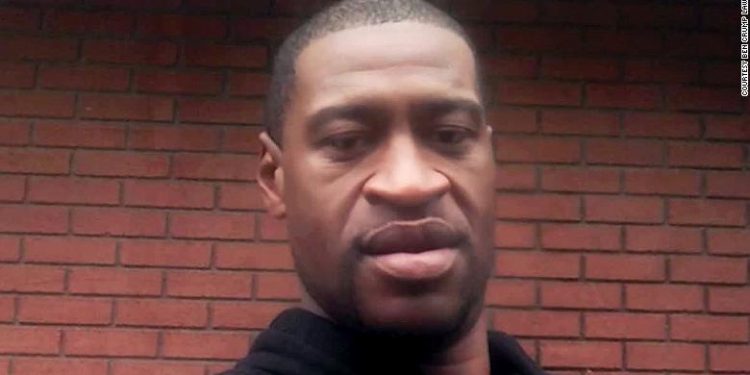 In a week when the attention of Americans abruptly shifted from a paralyzing coronavirus pandemic to outrage over the deaths of black people in police custody, they learned that while George Floyd survived one threat, he was unable to live through the other.

Floyd tested positive for coronavirus in April, and again following his death last week after he was restrained by police in Minneapolis, final autopsy results show.
Racism a public health issue and ‘police brutality must stop,’ medical groups say

But the virus played no known role in his death and he was likely not contagious, the Hennepin County Medical Examiner’s office said in its final report Wednesday.
“Since … positivity for (Covid-19) can persist for weeks after the onset and resolution of clinical disease, the autopsy result most likely reflects asymptomatic but persistent … positivity from previous infection,” it said.

Floyd survived a pandemic that has killed more African Americans in the United States than whites or other ethnic groups.

Black Americans represent 13.4% of the American population, according to the US Census Bureau. But counties with higher black populations account for more than half of all coronavirus cases and almost 60% of deaths, a study found.

The protests against police brutality have only compounded the health risks as massive crowds take to the streets in close proximity despite the highly contagious nature of coronavirus.

In addition to his coronavirus test results, officials released more details on the final autopsy.
Floyd’s death was due to cardiopulmonary arrest — or the stopping of his heart — according to the final autopsy results released by the Hennepin County Medical Examiner.

His neck was compressed when the officer’s knee was on it for more than eight minutes, the report says, but does not conclude that it directly caused his death.

The final report from the medical examiner says Floyd had bruises and cuts on his head, face, mouth, shoulders, arms and legs from when the officer forced him to the ground and knelt on his neck. But it finds no evidence that any of those injuries directly would have killed him.

It found no evidence of major neck injuries, skull or brain injuries. There was no damage to internal organs, it said. “The thyroid cartilage and hyoid bone are intact,” it reads.

The hyoid bone can be broken during strangulation.
The final autopsy says Floyd had heart disease and a history of high blood pressure. It includes a more complete toxicology report that said Floyd had evidence of several drugs in his blood and urine, including morphine, fentanyl, cannabis and methamphetamine, although not all of the tests were reliable.

Experts hired by Floyd’s family and the Hennepin County Medical Examiner have concluded his death was a homicide, but they differ on what caused it.
An independent autopsy commissioned by the Floyd family disagreed with the county’s conclusion, saying he died of “asphyxiation from sustained pressure.”

It also said there was no evidence of heart disease, but added that pathologists didn’t have access to all of the samples from his body.

Protests continue for over a week

Throngs of protesters have taken to the streets since Floyd died on May 25 to demand the arrest of all four officers involved. Authorities initially arrested Derek Chauvin, the officer who pinned Floyd to the ground by his neck for 8 minutes and 46 seconds before he died.

On Wednesday, they upgraded the murder charges against him and charged three other former officers who were at the scene with aiding and abetting.

“George Floyd mattered. He was loved. His family was important. His life had value,” Ellison said. “We will seek justice for him and for you, and we will find it.”
Chauvin was initially charged with third-degree murder and second-degree manslaughter. A charge of second-degree murder was added Wednesday, which carries 40 years in prison if convicted.