Germany, France increase funding to WHO 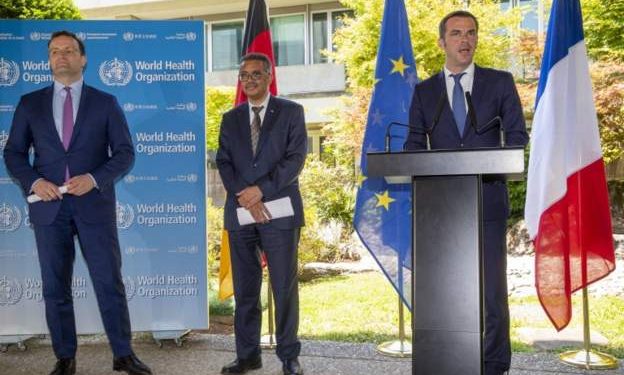 Germany and France have said they will increase their financial contributions to the World Health Organization (WHO), weeks after the US said it would withdraw funding.

Both governments said the funding had nothing to do with President Donald Trump’s decision to suspend the United States’ relationship with the WHO last month.

Instead, they stressed the importance of supporting the WHO, which they said had a crucial role in tackling the pandemic and other diseases.

“Germany remains a strong supporter and critical friend of the WHO,” Health Minister Jens Spahn said at its headquarters on Thursday.

His French counterpart, Olivier Veran, said only the WHO was in a position to co-ordinate the global response to Covid-19.

Announcing the suspension of funding last month, President Trump accused the WHO of failing to hold China to account over the pandemic.