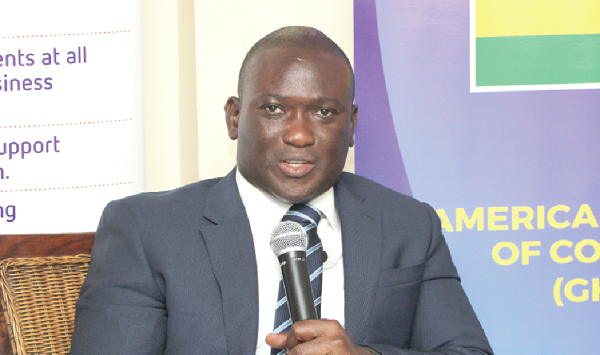 The governing New Patriotic Party (NPP) has selected the Chief Executive Officer of the National Petroleum Authority (NPA), Alhassan Tampuli, as its parliamentary candidate for Gushegu for the 2020 polls.

The party in a statement on Thursday, June 18, 2020 said the decision was taken “after extensive consultation with relevant stakeholders”.

NPP in the statement also explained that the decision is also “in line with Article 12 of the NPP Constitution”.

Prior to the announcement, NPP suspended its June 20 parliamentary primaries in the Gushegu constituency following resignation of the aspirants rendering the position vacant.

“This follows the decision of the two aspiring Candidates, Hon. Iddi Ziblim and Osman Mahama, to withdraw from the parliamentary contest,” the statement read.

Tampuli’s selection has been endorsed by the NPP executives in Gushegu.

“Following the acclamation of the noble son of the land, Lawyer Alhaji Hassan Tampuli as the Parliamentary Candidate for the NPP in the Gushegu constituency by the National Steering Committee of our great party at its sitting today, 17th June 2020, we the undersigned members of the constituency executive committee endorse this decision unreservedly and call on the entire party, Council of Elders, Council of Patrons, Constituency executives, Electoral Area Coordinators, polling station executives and all supporters of the sympathizers of the party all to agree to rally behind lawyer Alhaji Hassan Tampuli to lead the NPP to a resounding victory,” a statement from the executives noted.

When the party opened nominations for its parliamentary primaries, the incumbent Member of Parliament for the constituency, Dr. Ziblim Iddi, and Mahama Osman picked forms.

At a Steering Committee meeting held on Monday, June 1, 2020, the party agreed to hold the election in electoral areas rather than at the constituency level in order to ensure social distancing.

The New Patriotic Party was to use the primaries to elect parliamentary candidates in constituencies where it has sitting Members of Parliament, ahead of the 2020 general elections.

But with the easing of some of the COVID-19 induced restrictions, some aspirants have resumed some level of the campaign.