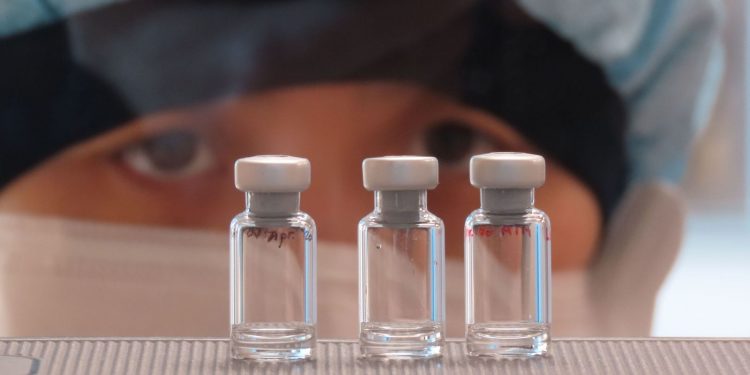 A senior U.S. Army vaccine researcher said on Tuesday it was reasonable to expect that some sort of coronavirus vaccine could be available to part of the U.S. population by the end of the year.

Defense Secretary Mark Esper vowed on May 15 that the U.S. military and other parts of the government would, in collaboration with the private sector, produce a vaccine at scale to treat the American people and partners abroad by year-end.

Colonel Wendy Sammons-Jackson, director of the U.S. Military Infectious Disease Research Program, told a Pentagon news briefing it was “reasonable to expect that there will be some form of a vaccine that could be available at some level, to a certain population, by the end of the year.”

Another Army researcher, Dr. Kayvon Modjarrad, said researchers were learning about the new virus “faster than we have about any other virus before.”

“So, going to a vaccine in a matter of months, from concept all the way to Phase 3 clinical trials and potentially licensure is unprecedented. But in this case, I think very much is possible.”

Army researchers said work was underway with U.S. and international companies, including AstraZeneca PLC (AZN.L), Johnson & Johnson (JNJ.N), Moderna Inc (MRNA.O) and Sanofi SA (SASY.PA), to develop anti-body drugs and vaccines and the military planned to test its own vaccine candidate on humans in the late summer.

Scientists leading U.S. efforts told Reuters in late May the United States plans a massive testing effort involving more than 100,000 volunteers and a half dozen or so of the most promising vaccine candidates to deliver a safe and effective one by the end of 2020.

Other U.S. authorities, including the National Institutes of Health and the Biomedical Advanced Research and Development Authority, are also helping companies develop vaccines and therapies.

Coronavirus: US to temporarily allow certain impurities in hand sanitizer