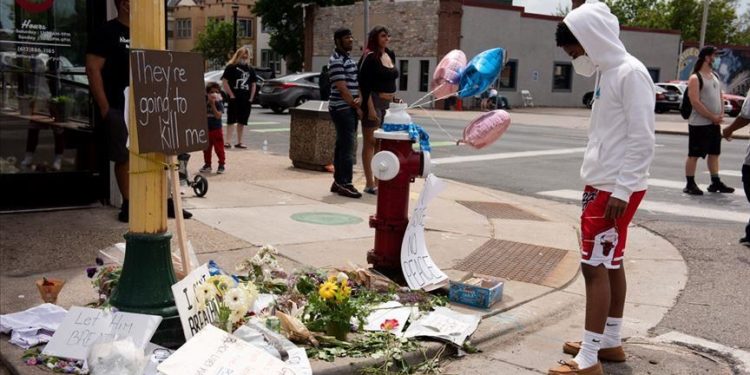 State Attorney General Keith Ellison upgraded the murder charge against Chauvin from third-degree and is charging the three other former officers at the scene Tou Thao, J. Alexander Kueng, and Thomas Lane with aiding and abetting murder in the second degree, a felony offense.

All four officers involved in Floyd’s arrest now face charges after being dismissed in the aftermath of his death. Arrest warrants have been issued for Thao, Kueng, and Lane, according to Ellison. One former officer has been taken into custody, officials said without identifying him.

“I strongly believe these developments are in the interest of justice for Mr. Floyd, his family, his community and our state,” said Ellison, three days after Governor Tim Walz asked the former congressman turned top law enforcement official to lead the prosecution Sunday.

“George Floyd mattered. He was loved. His family was important. His life had value, and we will seek justice for him and for you, and we will find it,” he said during a news conference. “The very fact that we have filed these charges means that we believe in them. But what I do not believe is that one successful prosecution can rectify the hurt and loss that so many people feel.”

Public pressure did not figure into the new tranche of charges, Ellison said.

George Floyd died May 25 after Chauvin was seen in video footage pinning his neck to the ground for nearly nine minutes, despite Floyd’s repeated pleas that he could not breathe. His death prompted largely peaceful mass demonstrations that have continued across the US, though some have devolved into violence and looting.

Chauvin was taken into custody last Friday when authorities announced the initial set of charges.

“This is another important step for justice,” remarked Senator Amy Klobuchar, who was first to confirm the announcement on Twitter.