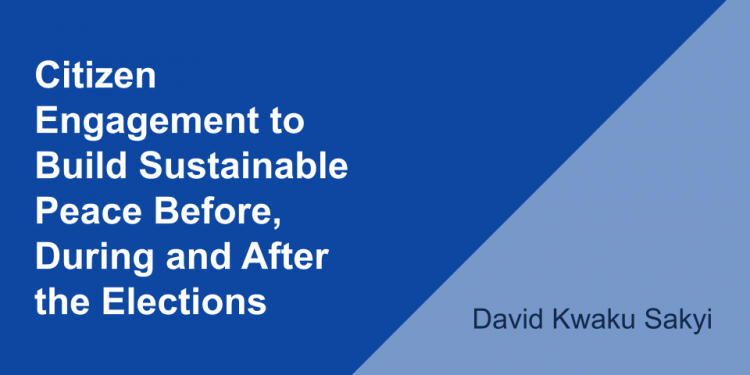 Citizens are very powerful but typically, we underestimate their level of power and influence in terms of governance. It is important for us to get citizens to understand how strong and powerful they actually are.

It is ironic and unacceptably counterintuitive when politicians exercise a posture of ‘we the people’ needing them and not the other way round. Citizens must without any doubt, know the power that they wield, execute it responsibly and must understand that power comes with the utmost care, sense of duty and responsibility. Thus, it is crucial for citizens to feel that they actually determine and control who sits in government.

“The sovereignty of Ghana resides in the people of Ghana in whose name and for whose welfare the powers of government are to be exercised…” says our Constitution.

Citizens decide who gets into government. 30 million people in Ghana, choose 275 parliamentarians and a president. The president drawing from the power given him by the people through the constitution, in turn, chooses the larger government of about 4,000 people who are running the country and making decisions on behalf of the 30 million people.

As long as the citizenry feel they don’t have a real stake, in terms of deciding which direction things are going to go, they will not be involved in making the decision of who gets into government. Essentially, I believe we need every citizen to appreciate that they control the narrative.

This conversation is important because every time we have an election, there is tension. Take as an example, the Ayawaso West Wuogon by-election; a relatively small but significant exercise; where violence occurred, with people wielding harmful tools, prompting the security forces to also come out in full force; a microcosm of what can happen in an election of a country when tensions are not quelled ahead of time. 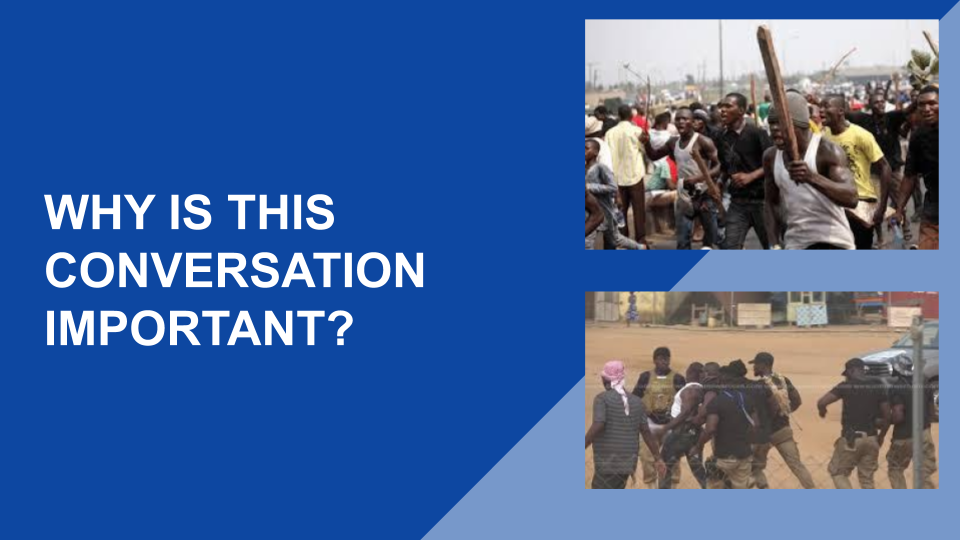 This conversation is important to engage the citizenry because in Ghana, as it is in many places, there is considerable tension that builds up around elections and electioneering. It may seem as though countries with advanced democracies do not have such experiences but whereas the Scandinavian countries typically have calm easy elections, democracies like the USA have tension-filled elections every time that season comes. We need to develop a socio-political space that allows us to go to the polls without so many nerves and drama. 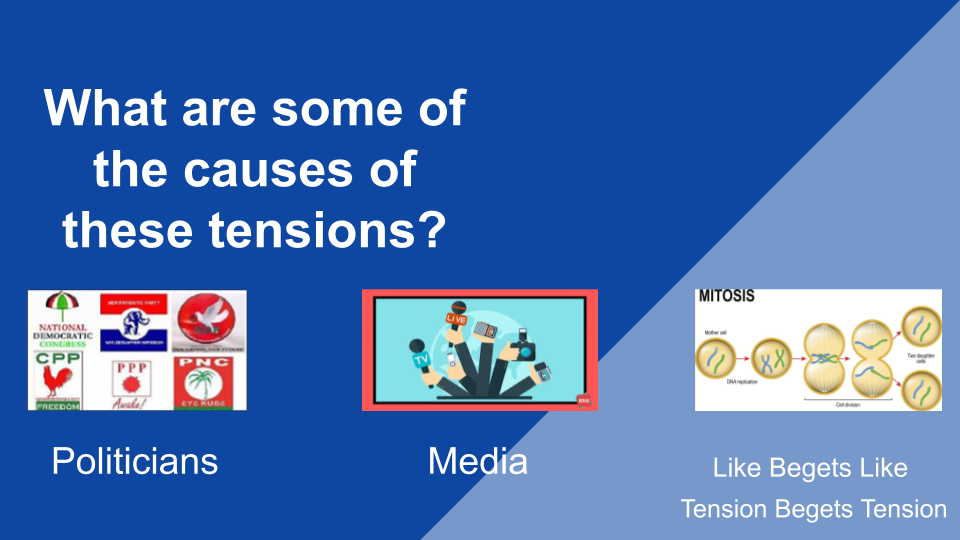 I have identified 3 main causes of these escalating tensions.

The first being politicians.

Politicians like to do the blame game and cast aspersions on one another, leaving the electorate heavily polarized. Many times, altercations and more serious scuffles have broken out during electioneering season because of these polarizations.

There are sensational reports that include embellishment and sometimes twisting of facts. This again works to intensify the polarization.

Based on prior experiences like vigilante activities, there’s an anticipation that things will be business as usual. Violence begets violence. An eye for an eye etc. 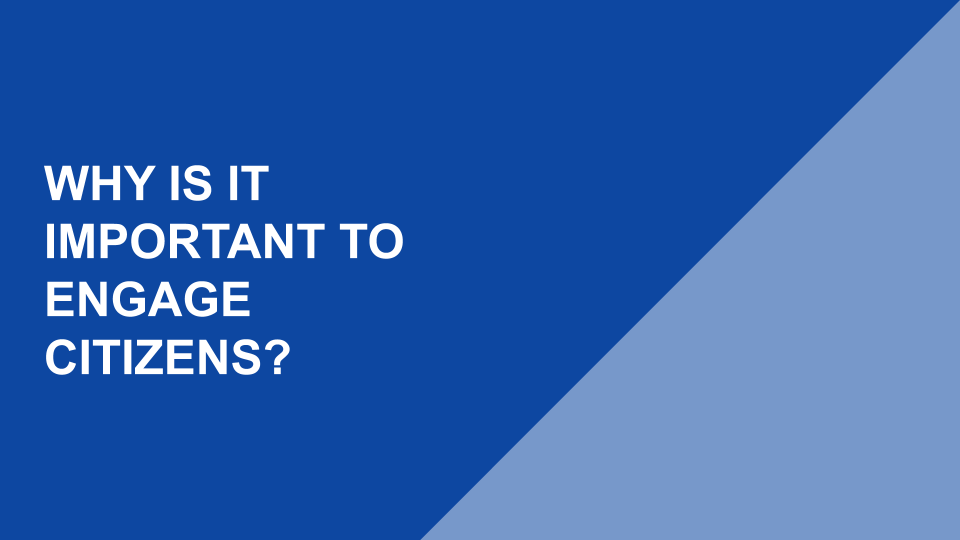 Often citizen engagement is viewed with suspicion, scepticism or apprehension by policymakers. Here are a few reasons why it is necessary and useful to do it:

(Culled from Mario Marcel who is the Senior Director of the World Bank’s Governance Global Practice). 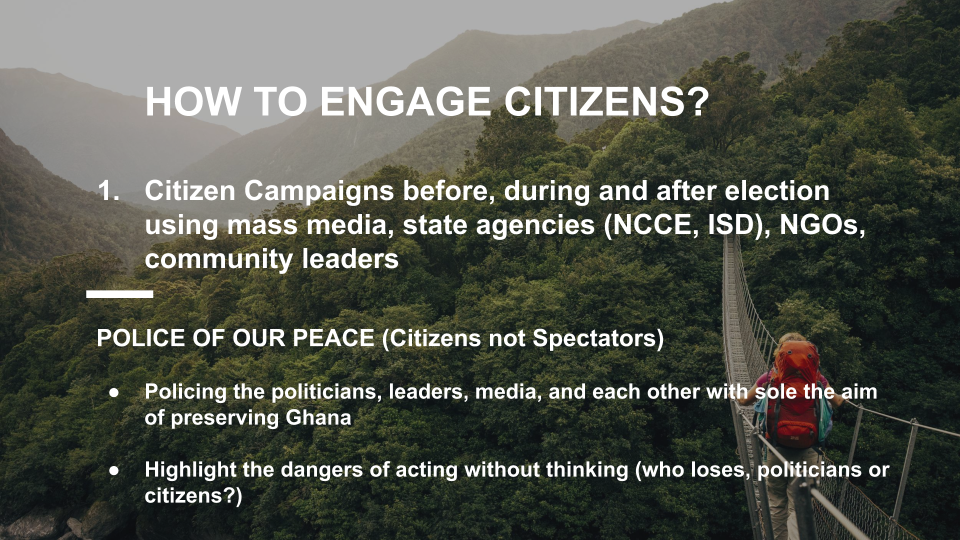 HOW TO ENGAGE CITIZENS?

We can employ Citizen Campaigns before, during and after an election, using mass media, state agencies (NCCE, ISD), NGOs and community leaders.

We can also introduce the concept of “POLICE OF OUR PEACE” (Citizens not Spectators). Therefore, Policing the politicians, leaders, media and each other as citizens, with the sole aim of preserving Ghana.

Let’s highlight the dangers of acting without thinking (Who loses eventually – politicians or citizens)? 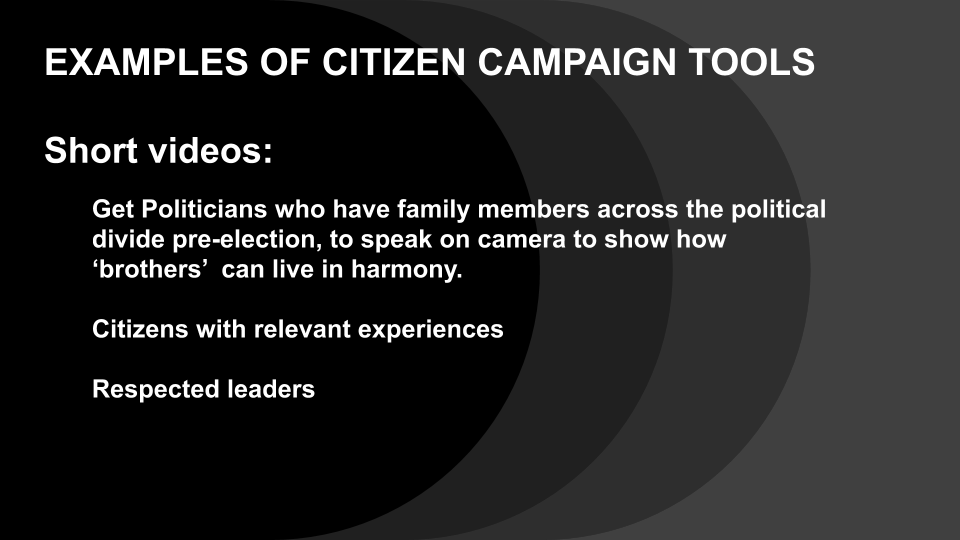 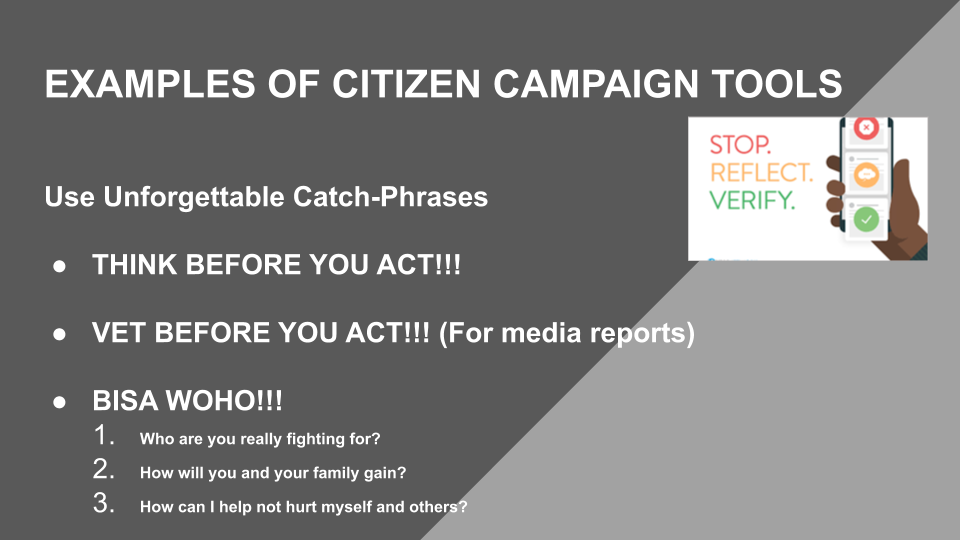 A few years ago, one of my favourite catchphrases was coined. ‘Hwe w’asitena mu, na to aba pa’, to wit, consider your current living conditions and vote wisely. Even though this was espoused by a political party, the phrase is apolitical and catchy. Slogans and catchphrases are easy to remember and use. 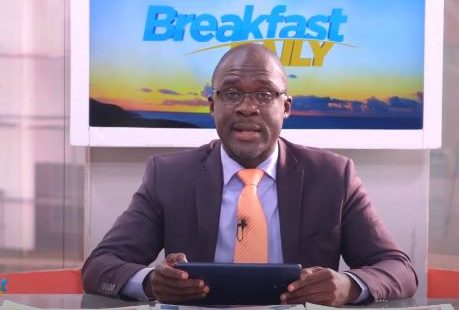 The author, David Kwaku Sakyi, is co-host of Citi TV’s Breakfast Daily which airs every weekday from 7:30-10 am. This article was developed from a presentation delivered by the author to a group on Citizen Engagement.