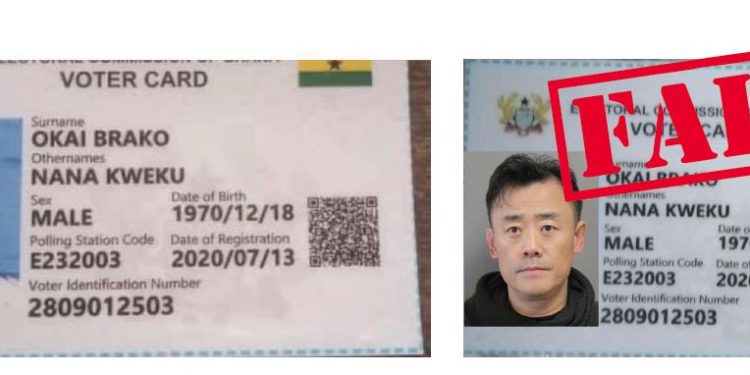 The Electoral Commission (EC) has denied issuing a voter’s ID card to an Asian made as being suggested in various social media commentaries.

According to the EC, the image of the said ID card that has gone viral on social media is fake and an alteration of an original card duly issued to a Ghanaian male.

The Commission in a statement said the ID card in question, “has been photoshopped to superimpose the image of the Asian male onto the face of the card.”

It said it is working with the police to investigate how the card rightfully belonging to one Nana Kweku Okai Brako was photoshopped and circulated on social media.

The attention of the Electoral Commission has been drawn to a Voters ID card making the rounds on social media.
The card that bears the photograph of an Asian male has the ID No:2809012504.

It has been photoshopped to superimpose the image of the Asian male onto the face of card.

The Commission did not issue the card to the Asian male. The card was originally issued to Nana Kweku Okai Brako.

We are working with the Police to investigate how the card belonging to Nana Kweku Okai Brako was photoshopped and circulated. 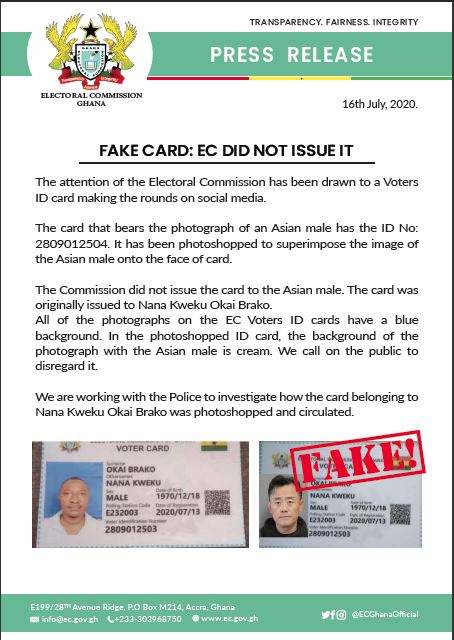