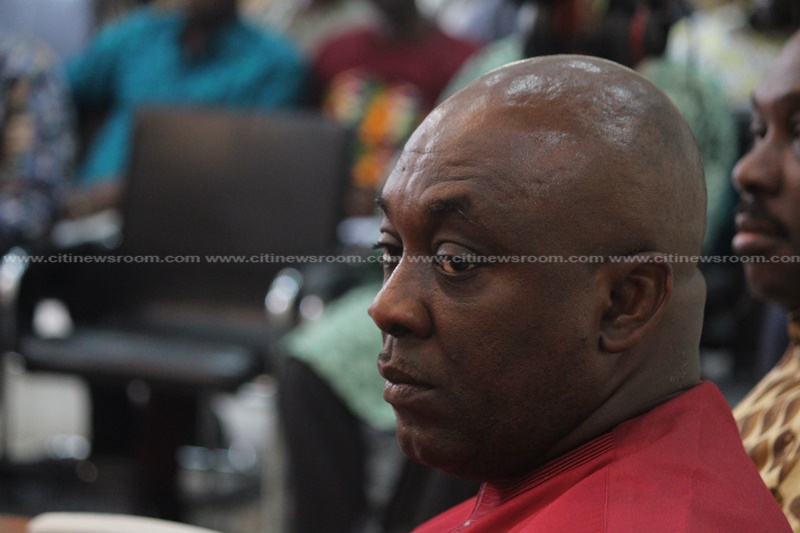 Pressure group, OccupyGhana has called on the New Patriotic Party (NPP) to withdraw the candidature of Carlos Ahenkorah as the party’s parliamentary candidate for the Tema West Constituency in the upcoming 2020 parliamentary elections for flouting the COVID-19 protocols.

OccupyGhana made the call after Mr. Ahenkorah admitted that he visited a voter registration centre despite being aware that he is positive for COVID-19.

The Pressure group further called for the prosecution of Mr. Ahenkorah.

“We also call on the police to investigate his actions, and if found to have breached the law, to prosecute him. We also call on the New Patriotic Party to withdraw him as their candidate for the upcoming parliamentary elections.”

Carlos Ahenkorah has subsequently resigned from his position as a Deputy Minister of Trade and Industry following a public backlash.

Below is the full press statement from OccupyGhana

OCCUPYGHANA® DEMANDS THE DISMISSAL, PROSECUTION AND WITHDRAWAL OF CANDIDATURE OF CARLOS AHENKORAH

OccupyGhana joins countless Ghanaians in registering our chagrin and disappointment with the behaviour and actions of Deputy Trade and Industry Minister, Mr Carlos Ahenkorah, MP. He has admitted that after testing positive for COVID-19, and before obtaining a subsequent negative test, he recklessly and callously put himself in the public space, visiting registration centres in the Tema West Constituency.

By this, he put his fellow citizens at such high risk of contracting the coronavirus disease. As a minister of state of a government that is battling hard against this pandemic, he has shown a remarkable lack of good sense on the social and physical distancing that is required by law, on the pain of criminal prosecution.

His actions show gross disrespect to the pronouncements of the President concerning keeping the populace safe, and his behaviour makes a mockery of any enactments government has made in the fight against the coronavirus.

This is especially worrying in the wake of the political primaries, which in the main, also ignored the law and common sense of social and physical distancing, and the obvious struggle of the Electoral Commission to enforce these rules in the ongoing voter registration. We fear that the combination of these events, and the irresponsible conduct of government officials such as Mr Ahenkorah will lead to an increase in infections and possibly, deaths.

These are the reasons why we find the deputy Minister’s conduct despicable, outrageous and selfish. This conduct and his defensive nonchalance are not befitting of a person occupying the high offices of a Deputy Minister.

If no steps are taken against Mr Ahenkorah, it will cast the government as not just being hypocritical, but as being incapable of keeping the citizenry safe and incompetent to enforce laws it has made. Many have been taken to task for doing way less than Mr. Ahenkora has done, including not wearing a mask while driving alone.

We therefore respectfully call upon the President to remove him from office forthwith. We also call on the police to investigate his actions, and if found to have breached the law, to prosecute him. We also call on the New Patriotic Party to withdraw him as their candidate for the upcoming parliamentary elections.

We conclude by urging the government and the Electoral Commission to ensure that participants in the ongoing voters’ registration fully comply with the COVID19 security, health, safety, and personal hygiene protocols.

For God and Country