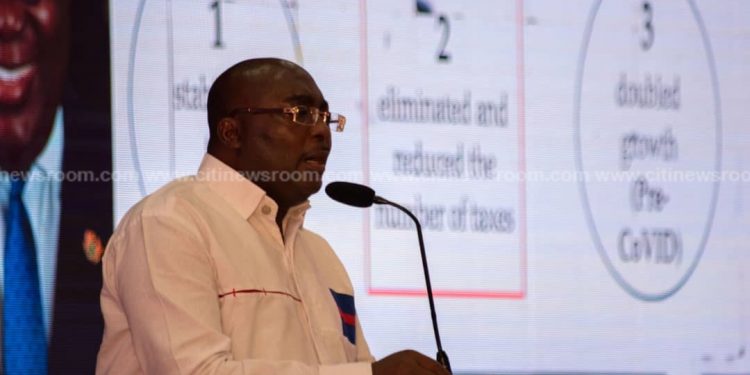 The Central Regional capital – Cape Coast will for the first time see the construction of a harbour and an airport.

That is the promise of the governing New Patriotic Party should it be given the nod to run the affairs of the country for another four-year term.

Vice President, Dr. Mahamudu Bawumia made the announcement when he outlined excerpts of the NPP’s manifesto for the 2020 polls.

“We will accelerate our investments in roads, railways and ports. And for the people of Cape Coast, I have good news for you. We are building a new harbour in Cape Coast and a new airport in Cape Coast. It is very critical that we do that. An airport makes a lot of sense in Cape Coast. It’s a real tourism hub. Between Greater Accra and Kumasi and Cape Coast, you have a triangle that is really a hub of economic activities. It is a major growth pole if we put an airport there to drive infrastructural growth”, he promised.

Residents of Cape Coast who have pleaded with the government for the construction of an airport in the community might be sceptical about this announcement.

This is because President Akufo-Addo in a media interview during his recent visit to the area disclosed that a need assessment ought to be conducted to justify another airport along the coast when there are the Accra and Takoradi airports.

“We have to be able to decide for ourselves whether the need for the airport can be justified when you have Accra, you have Kumasi, you have Takoradi, you have Tamale whether on the coast with Accra’s presence there’s the need for an additional airport,” Nana Addo said.

So far, the government says it has achieved 80 percent of its 2016 manifesto as compared to the opposition National Democratic Congress (NDC).

Dr. Bawumia indicated the massive achievements of the current administration surpass the first term of any government in Ghana’s history.

“We have over 300 achievements in the first three years. If you look at the manifesto, you will see that we have achieved 80 percent of our promises. That is massive for any government in its first term. When you look at these achievements, you realise that sector by sector we have really performed much better than the previous NDC government.”

You have zero credibility, we can’t entrust Free SHS to you – Akufo-Addo slams Mahama