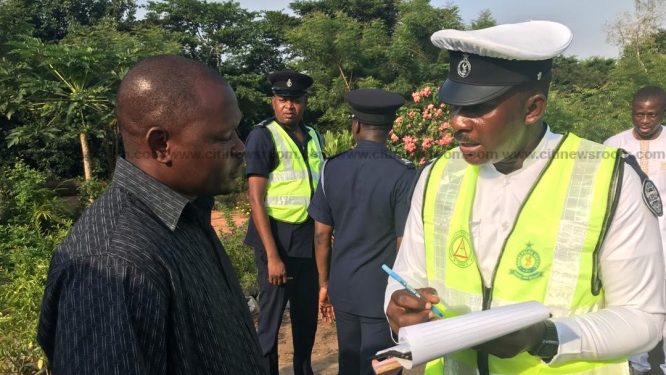 Citi TV‘s road safety campaign, War Against Indiscipline (WAI) led to a major decrease in the speed of vehicles in some parts of the country, a survey conducted by the Bloomberg Philanthropies Initiative for Global Road Safety (BIGRS) has revealed.

The report findings concluded in July 2019 showed that majority of drivers adhered to the required speed limits due to the campaign that sought to ensure sanity on roads and enforcing road safety regulations among road users particularly drivers.

A member of the research group and research fellow at the Johns Hopkins International Injury Research Unit, Isaac Botchey who gave highlights of the report praised Citi TV for its mass media campaign that led to what he described as a significant drop in speeding levels.

“What we realized is that after all the interventions by all stakeholders including Citi TV, we had a significant reduction in the rate of speeding from 77 to 62 percent for all vehicles and for those who speed above 10 km/h, there was a major drop from 48 to 38 percent and those who were speeding above 20 km/h there was a drop from 28 to 19 percent. This shows that something that was done between the time we collected in between the time the last of our observational study and how the interventions were implemented to significant results and that can be attributed to the War Against Indiscipline and mass media campaigns,” he said on the Business Edition on the Citi Breakfast Show.

“I think to make major gains, we need to bring together stakeholders who will work together and apply all the various factors at the same time.”

Meanwhile, Mr. Botchey has warned against the disregard for speed limits and the wearing of other safety gears such as seatbelts and helmets.

He underscored the need to give full adherence to the approaches of road safety to boost emergency medical supplies and enhance the capacity of health professionals to facilitate the rehabilitation and recovery of affected persons.

To him, making road crashes a public health concern will reduce injuries and related deaths.

The #WarAgainstIndiscipline – Be the change campaign was aimed at helping to avert the increasing loss of lives through road crashes.

In July 2019, Citi TV‘s collaboration with the police to clamp down on errant drivers accrued to the state over GH¢258,000.

The amount was realized from 499 drivers who were arrested for breaching traffic regulations on various roads in Accra at the time.