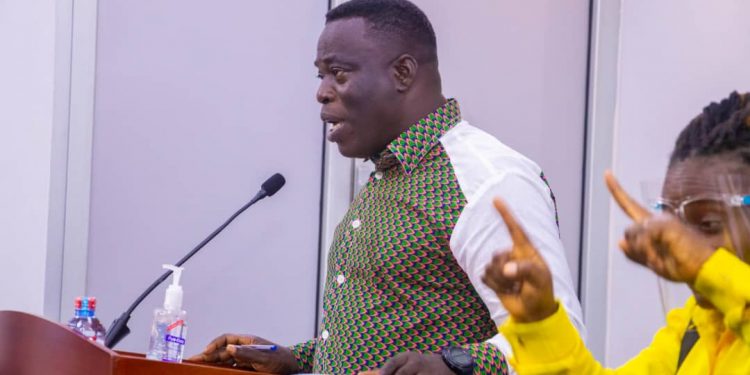 Employment and Labour Relations Minister, Ignatius Baffour Awuah says the recently passed Labour Domestic Workers Regulations, 2020  will make it easier for Ghana to engage with other countries on the potential export of labour.

The new regulation requires the employer and the domestic worker to enter into a written contract of employment which will stipulate the conditions of service and related matters.

Addressing the media, Ignatius Baffour Awuah further indicated that the regulations can serve as a basis to streamline discussions on the safety of Ghanaians who depart to serve as domestic workers in the Gulf states.

“Normally, before we can export labour to any other country officially, what ought to be done is that there is usually a bilateral relation between the two nations. We have separate labour relations so the two governments will have to sit and agree. The L.I. on domestic workers regulations will have an international appeal,” the Minister said.

The Ministry of Employment and Labour Relations together with Parliament passed the Labour Domestic Workers Regulations, 2020 (L.I. 2408) to develop a proper structure for the regulation of domestic work and the protection of workers under such practice.

This new regulation posits that both the employer and the domestic worker ought to formally write their contractual employment agreement detailing the service conditions and other attendant challenges.

Statistics from the Ministry of Employment and Labour Relations show that about 0.5 percent of the overall labour force in Ghana consists of domestic workers who are at high risk of facing maltreatment and other workplace-based violence.

There have been many harrowing stories about the treatment meted out to Ghanaian immigrant workers in countries in the Gulf states including the UAE, Kuwait and Qatar.

Some unscrupulous persons continue to endanger the lives of desperate youth, especially girls, by flying them to the Gulf states under the guise of getting them lucrative incomes but end up exposing them to harsh working conditions while making monies off them.

As a result, the government in 2017 placed a ban on such recruitment activities as part of efforts to sanitise the sector as reports of Ghanaian workers suffering abuse in these countries increased.

Up until now, the lack of a comprehensive system such as this regulatory framework was a contravention of Article 24 (1) of the 1992 Constitution of Ghana which states that “every person has the right to work under satisfactory, safe and healthy conditions, and shall receive equal pay for equal work without distinction of any kind”.

“It is worrying to note that, of the 1,944 domestic workers that sustained injuries in the course of their employment, none received compensation from their employers for injuries suffered at the workplace,” the Minister indicated.

But the Ministry is hopeful the coming into effect of the regulation will go a long way to reducing the harsh conditions under which Ghanaian domestic workers face in foreign countries.