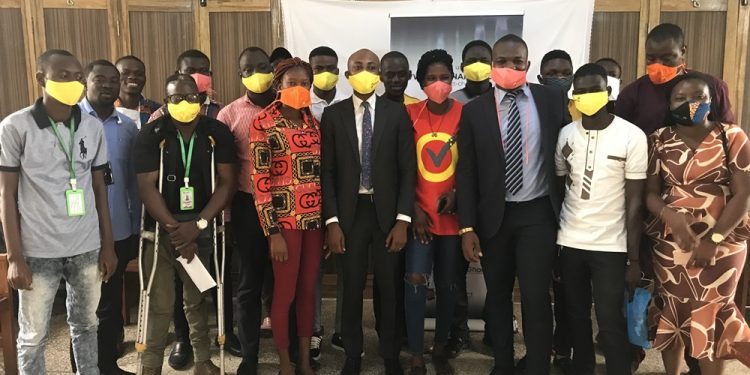 Eleven media organizations across five regions in Ghana have set up fact-checking desks in their newsrooms to help tackle fake news/misinformation on social and traditional media ahead of the December elections.

Ghana’s independent fact-checking project, GhanaFact facilitated the training and exposed the 41 journalists selected from the various newsrooms to digital tools used in fact-checking and news verification as part of the Fact-Check for Peace programme that aims to help more than 30 media houses set-up fact-checking desks to counter misinformation and disinformation across the country.

Participants were trained in how to use TinEye, Google Reverse Image, Wayback Machine, Crowdtangle among a number of other tools used to verify videos and images on the internet.

Beyond fact-checking daily rumours and weaponized information by online actors, GhanaFact through the training sought to empower the journalists to be thorough in their work and avoid contributing to the spread of malicious information.

The trainees included editors, reporters and hosts of magazine shows from radio and television stations in the Northern, North East, Upper East, Savannah and Upper West regions, and student journalists from the Institute of Business Management and Journalism (IBM&J), Tamale.

“I’m glad that GhanaFact is growing exponentially and sharing its knowledge with students, journalists and individuals interested in fact-checking. Hopefully, the information space would be sanitized,” Programmes Manager at IFCN, Ferdi Ozsoy said during a virtual session with Journalists in the Upper East region. 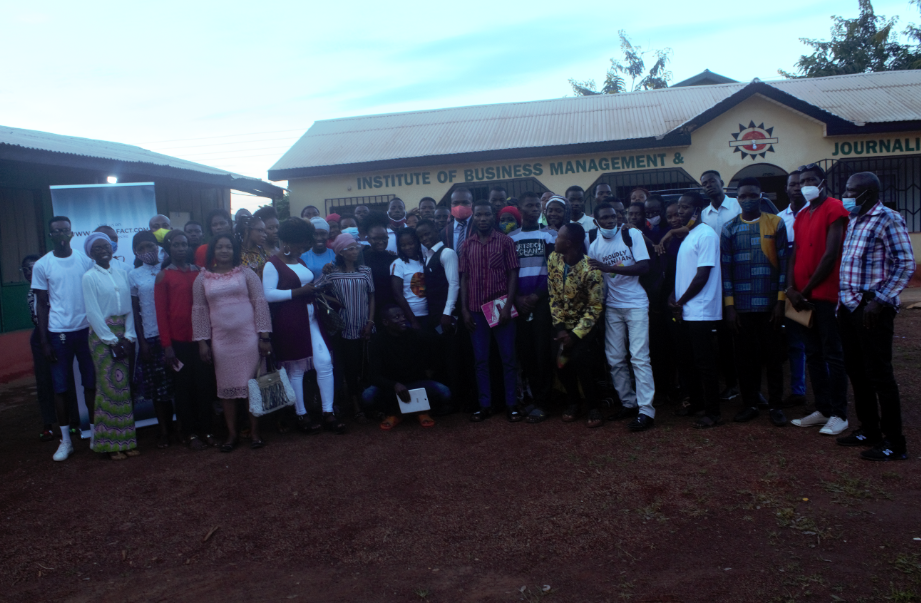 An Assistant Professor at the University of Georgia, United States, Dr Wunpini Fatimata Mohammed implored the participants to make their fact-check reports accessible for all by reporting in the local language, to help increase reach.

“It is important that we make our work easily accessible despite publishing mostly on the new media. It is the only way we can achieve maximum results in our fight against fake news,” she entreated the student-journalists.

The Manager of Wa-based Radford FM, Mohammed Salia, said the training has empowered them to improve on the quality of information they will disseminate on their platform.

“The election is around us and political actors are churning out all manner of information in their desperate attempt to convince the electorates. With this training, we can effectively verify the numerous claims being made by political actors, and flag the inaccurate ones,” Mr Salia told GhanaFact.

Although propaganda has existed since the beginning of time, the emergence of new media has enabled the rapid spread of mis-disinformation.

“With the acquired skills and digital tools, our platform (zamireports.com) will no longer be a channel to spread fake news or misinformation. I will instil the culture of fact-checking among my team to help fight fake news,” Zubaida Ismail, editor of the northern region-based online news portal said.

The Director of IMB&J, Charles Ayendago said the most effective way to tackle disinformation is to train student-journalists in fact-checking and expose them to the digital tools, thus instilling the verification culture in them while in school.

As Ghana heads to the polls in December, GhanaFact is setting up a network of more than 30 newsrooms across the country’s 16 regions for a collaborative fact-checking project, with support from the French Embassy in Ghana.

The Fact-Check for Peace project aims to counter mis/disinformation and provide accurate information to the electorates.

We trust that through collaboration we can reach people not just online but the more than 20 million Ghanaians who are not yet connected to the internet through this Ghana Fact-checking network,” Managing Editor of GhanaFact Rabiu Alhassan explained.

GhanaFact is an initiative by FactSpace West Africa, a verified member of the International Fact-Checking Network (IFCN) working to promote independent, non-partisan fact-checking in across the sub-region.

Since 2019, GhanaFact has been tackling the spread of mis/disinformation across traditional and new media, promoting accuracy in public discourse, and helping to safeguard Ghana’s democracy.
GhanaFact is signatory to the IFCN Code of Principles, one of the few media quality standards recognized worldwide and a member of Africa Facts, a community of fact-checkers in Africa.