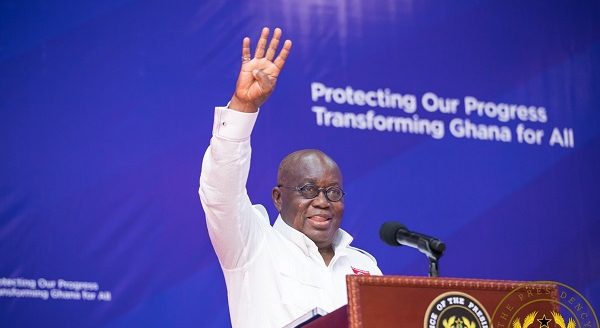 The President will file his nomination in person at 11 am at the headquarters of the Electoral Commission.

This was made known by the President on social media.

President Akufo-Addo in the post said, “I will, on Tuesday, 6th October 2020, file my nomination forms for the 2020 presidential election, in person, at the offices of the Electoral Commission in Accra.” 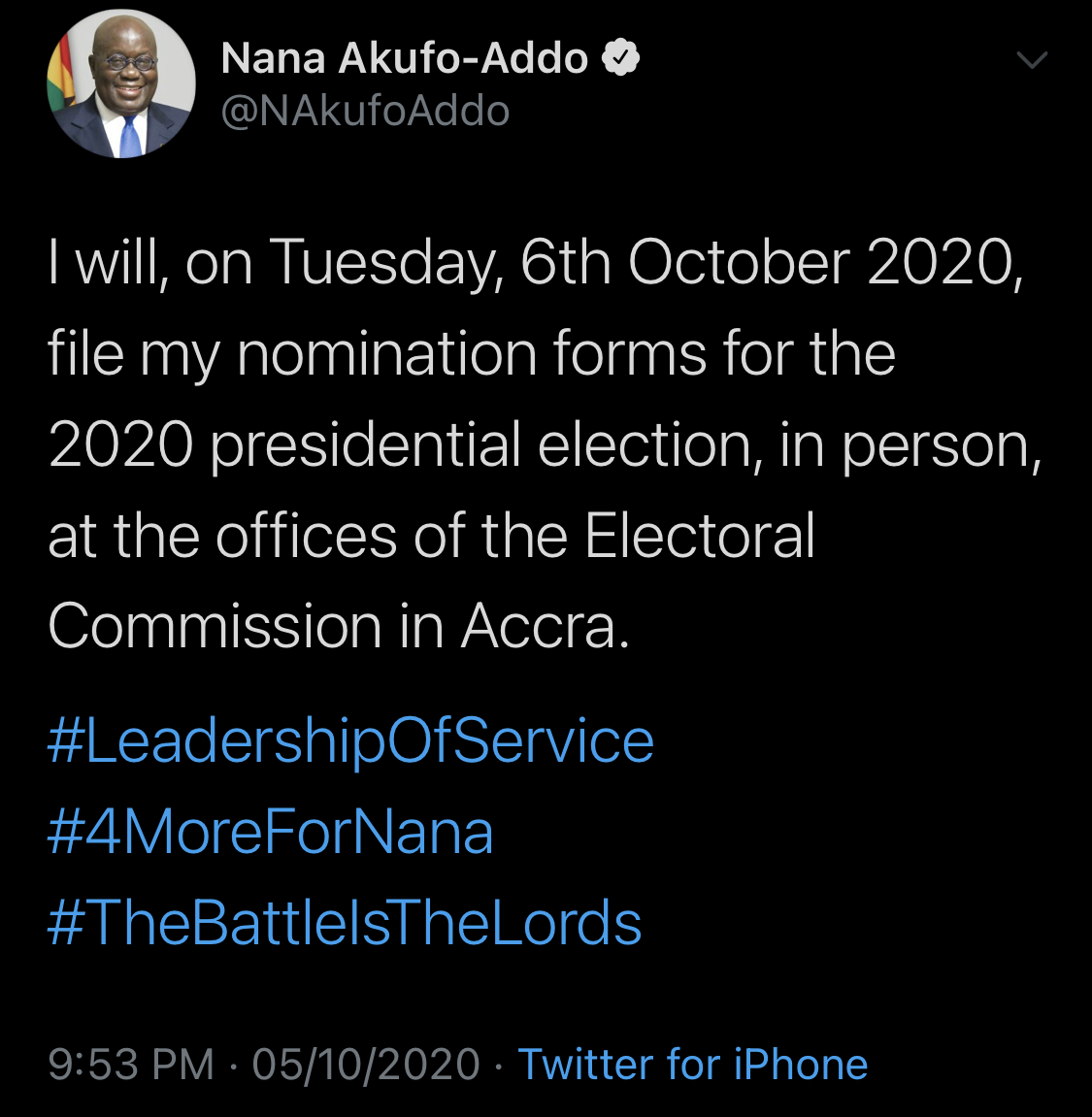 The Electoral Commission (EC) on Monday, September 14, 2020, opened nominations for the 2020 presidential and parliamentary elections.

In response to COVID-19 protocols, however, the Commission made the nomination forms available to all political parties as well as independent candidates on its website.

Filing of nominations began on Monday 5th  and will end Friday 9th October 2020.

The EC pegged the filing fee for presidential candidates at GHS100,000 and GHS10,000 for parliamentary candidates.