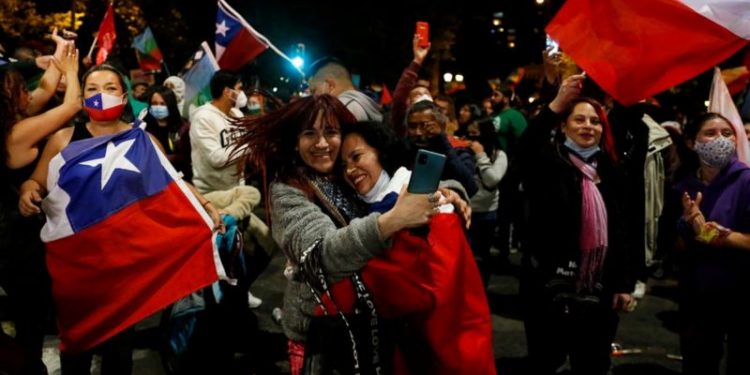 Chileans have voted overwhelmingly in support of rewriting their constitution, which dates to the dictatorship of Gen Augusto Pinochet.

With nearly 90% of the vote counted, 78% of people had voted “yes” in a referendum that was called after mass protests against inequality.

He said it was “the beginning of a path that we must all walk together”.

A mass anti-government protest movement began in Chile a year ago. From the beginning one of the demonstrators’ key demands was that the country needed a new constitution to be able to fix deep inequalities in society.

“Until now, the constitution has divided us,” Mr Piñera said as people took to the streets in celebration. “From today we must all work together so that the new constitution is the great framework of unity, stability and the future.”

The referendum asked Chileans two questions – firstly, if they wanted a new constitution, and secondly, what kind of body they would want to draw it up.

A large majority have voted for the new constitution to be drafted by a convention made up entirely of elected citizens, as opposed to one that would also include lawmakers.