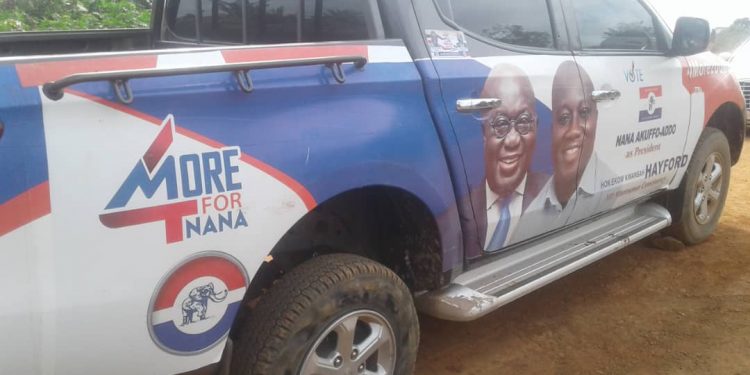 The Inspector-General of Police, James Oppong-Boanuh has dispatched a specialized team of investigators to the Central Region to resolve the killing of the Member of Parliament for Mfantseman, Ekow Quansah Hayford.

The team consists of personnel from the homicide and anti-armed robbery units of the CID Headquarters.

A statement from the police service on Friday, October 9, 2020, said the team will support the efforts of the crime scene team of the Central Regional Police Command.

“The Inspector-General of Police (IGP) Mr. James Oppong-Boanuh has dispatched specialized investigators from the Homicide and Anti-armed robbery units of the CID Headquarters to support the Central region’s Crime Scene Team to solve the alleged robbery incident and murder of Member of Parliament for Mfantseman, Hon. Ekow Quansah at Abeadze Dominase on the Mankessim-Abeadze road in the Central Region, at dawn of 9th October 2020,” the statement said.

Meanwhile, the IGP has also placed a GH¢20,000 bounty on the heads of the suspects and is calling on the public to give credible information on them.

“Meanwhile, the IGP is offering a reward of twenty thousand Ghana Cedis (20,000.00) to any person who gives credible information that will lead to the arrest of the perpetrators. The Police Administration commiserates with Ghanaians, particularly family members and constituents of Hon. Ekow Quansah, while urging the general public to remain calm and support Police in the investigation of this case,” the police statement added. 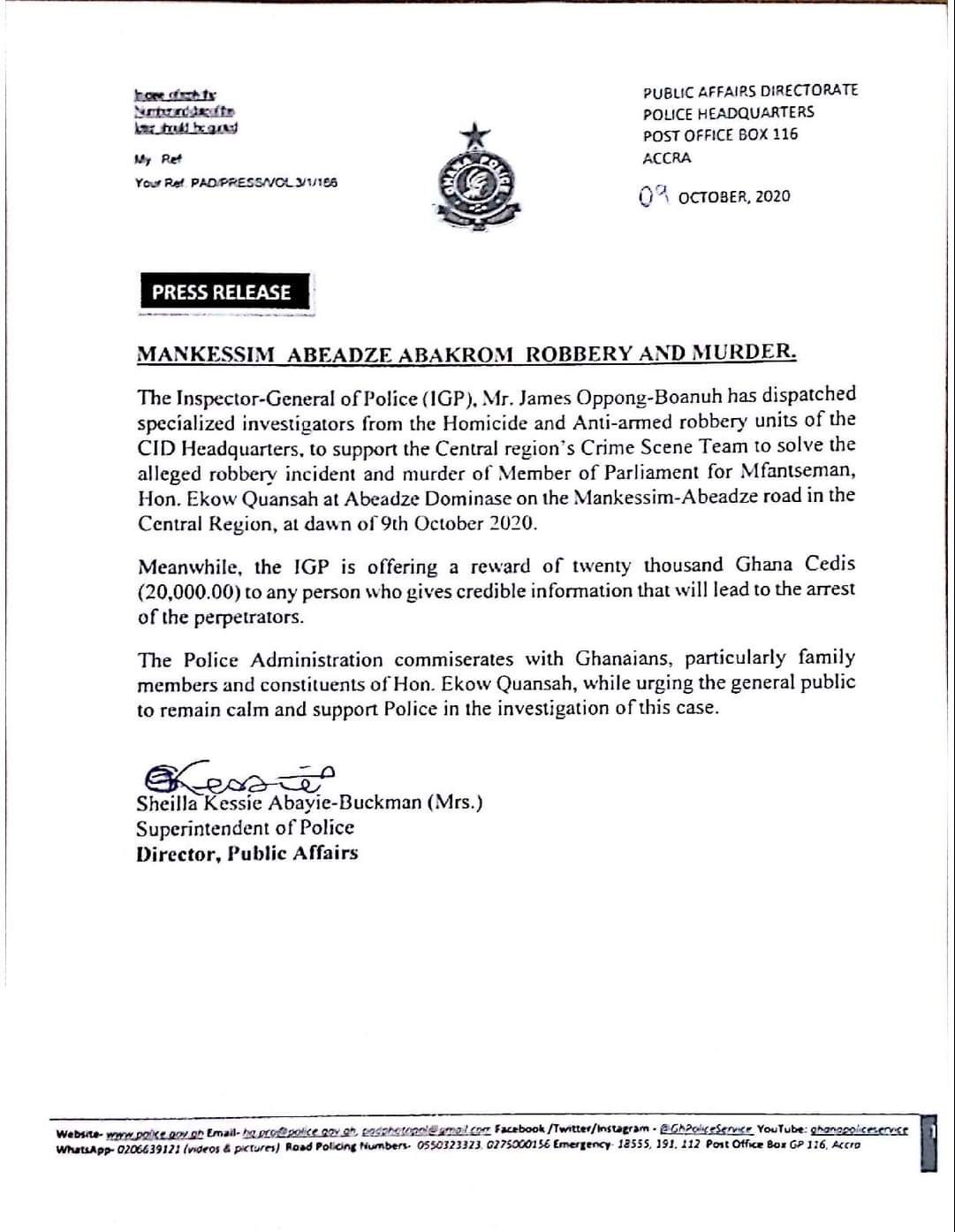 President Akufo-Addo has already tasked the police to as soon as possible bring killers of the legislator to book.

He gave the indication in his message of commiseration to the family of the deceased.

Akufo-Addo said he is saddened by the news.