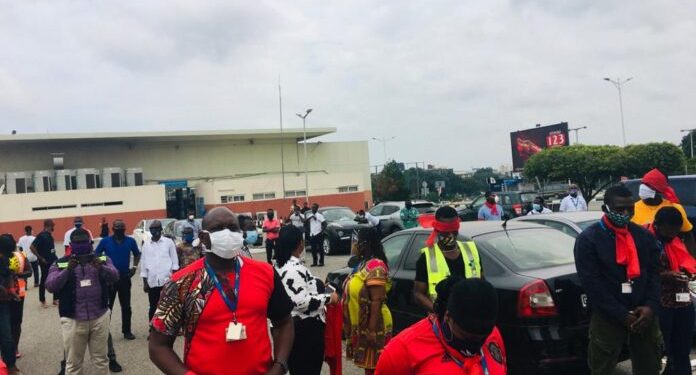 This follows the Labour Commission’s court action to compel the workers to rescind their reported threat to embark on a strike to demand the removal of the company’s Managing Director, Yaw Kwakwa, for what they described as his incompetent management of the company’s affairs.

The Chairman of the Workers Union of the Ghana Airport Company Limited, Isaka Bamba, said despite the fact that they have not issued any such threat, the group will comply with the court order.

He said, “I have never issued any notice of an intended strike on Monday. But we have issues and the issues are being heard at various levels. We’ve had meetings with the Board and a series of meetings with the sector minister. So to us, it is good because the issue is being given attention and we are okay with it.”

“I saw that there is an injunction on an intended strike, even though we haven’t issued any notice of intended strike on Monday. We’ll still abide by the laws of this country and once the issues are being given attention, we are fine and we are good to go. The injunction said 10 days [notice] so we will still wait for the 10 days then we will advise ourselves,” he added.

The staff in their petition for the removal of the MD said he has demonstrated “gross incompetence, insensitivity and lack of understanding of the critical aviation industry and therefore his continuous stay in office will further derail the progress of the company.”

They accuse Mr. Kwakwa of deliberately refusing to implement several reports lying on his desk for over two years.

They also accused him of outsourcing key aspects of the company’s operations at exorbitant costs, notwithstanding the availability of in-house capacity.

COVID-19: China continues to bounce back from virus slump