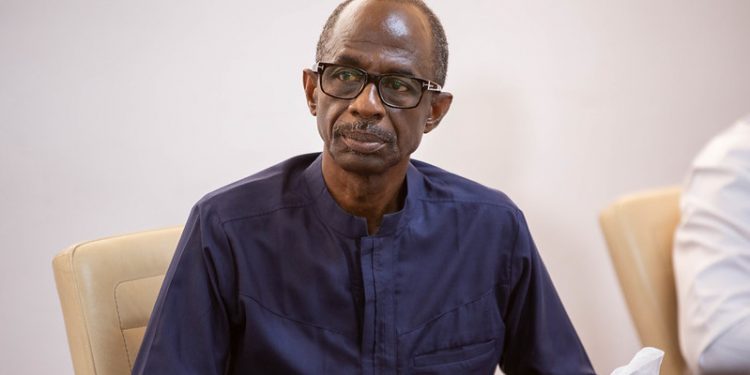 According to him, President Akufo-Addo has so far assumed a posture of sidelining the National Democratic Congress, the political party the late ex-president founded, from his funeral processes.

Speaking on Eyewitness News, Mr. Asiedu Nketia said the conduct of President Akufo-Addo is completely different from how the NDC and NPP have always engaged when any leading member of either party dies.

“We were sorely disappointed that the President of the Republic [Nana Akufo-Addo], even in issuing a statement of condolences, he refused or failed to recognize the fact that President Rawlings was the founder of the NDC. It is against all the different practices we have been engaged in, in the past, as far as the death of prominent members of the two political parties are concerned,” he said.

Asiedu Nketia said besides the failure to mention the NDC in the president’s statement, the government gave instructions that ostensibly prevented the NDC’s flagbearer, John Mahama from signing Rawlings’ book of condolence at the Accra International Conference Centre.

“The President has refused to recognize that the man belongs to NDC, and he is the founder of NDC. Everything about this funeral so far depicts an attempt by an opponent to hijack the funeral of the founding father of our political party, and we don’t think the funeral of our party founder ought to be organized somewhere, and we get invited,” Asiedu Nketia added.

The NDC scribe further indicated that the NDC has opened a book of condolence for former President Jerry Rawlings at all regional offices and all branches of the party.

He also directed the various branches of the party nationwide to organize events that will befittingly celebrate the life of Rawlings.

“We have called on the immediate family to share condolences, and we are beginning to discuss the way forward. We have directed all branches of our party countrywide to organize events countrywide that will give a fitting celebration of the life of our founder… We will participate [in the national funeral] but that will not stop us from organizing our own thing.”