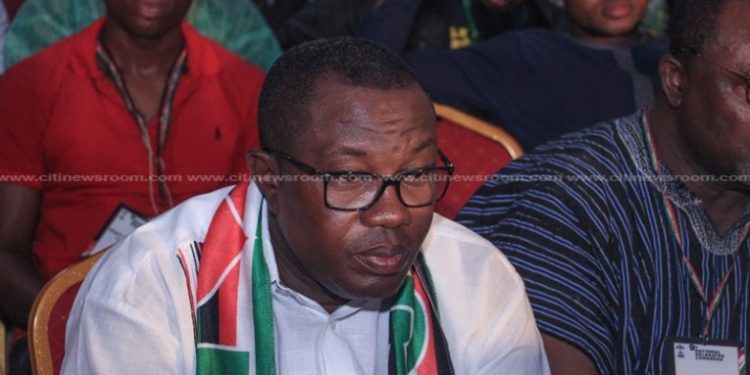 The forensic laboratory examination conducted on the leaked tape in Samuel Ofosu Ampofo’s trial has confirmed that the voice in the tape is that of the National Chairman of National Democratic Congress (NDC).

The NDC National Chairman was invited after being heard in a leaked audio recording outlining plans to match up against groups from the governing New Patriotic Party ahead of the 2020 elections.

Detective Chief Inspector Berko, the investigator in the case told the High Court that the examination was done by an Israeli Forensic Science Institute based in Israel.

The investigator told the Accra Court presided over by Justice Samuel K. Asiedu, an Appeals Court Judge with additional responsibility as a High Court Judge, that the said the report was 90 percent certain that it was that of the National Chairman and that it cannot be the voice of another person.

The detective explained that the experts carefully analysed how certain words like ‘people’, ‘officer’, and ‘police’ were pronounced in two audios which were compared.

The Director of Public Prosecution (DPP), Mrs. Yvonne Attakora Obuobisa pleaded the court to accept the recording as evidence for the trial.

The over two-hour tape was earlier played in the open court.

Ofosu Ampofo and Anthony Kwaku Boahen, a member of the NDC’s Communication team are standing trial for conspiracy to assault public officers with Ofosu Ampofo facing an additional charge of assault of a public officer.

They have both denied the offences and have been granted a GH¢100,000.00 bail with a surety each.