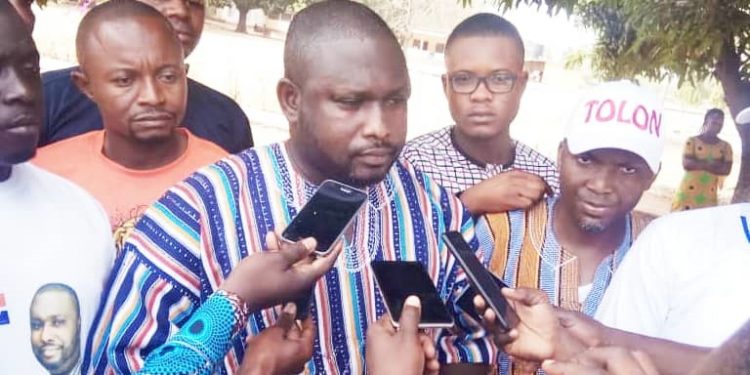 The newly elected Member of Parliament for the Tolon constituency in the Northern Region, Alhaji Habib Iddrisu says he will not disappoint his constituents after they voted for him massively in the just ended December 7 election.

Alhaji Habib Iddrisu also managed to poll some 29,407 votes for President Akufo-Addo and the NPP– the highest since the creation of the constituency.

Speaking to journalists in Accra, Alhaji Habib said: “I am MP today because of the good people of Tolon. l will not disappoint them, they have confidence in me and l will do my best to fulfil all the promises l made to them”.

Speaking about the increase in votes for Nana Akufo-Addo as compared to 2016, Alhaji Habib said: “you see, going into the election launched operation 40,000 votes, our aim was to get everyone vote for NPP and Nana Akufo-Addo but unfortunately we could not meet the target, but we managed to get 29,000 which is okay compared to previous elections. In 2024, trust me, we will meet the target”.

The Tolon constituency is one of the nine constituencies the NPP won in the election in the Northern Region.

Alhaji Habib believes that with unity, the Tolon can develop adding that “the election is over, let’s all come together and champion the Tolon agenda. With support from all, we will develop this beautiful place of ours”.