Alban Bagbin sworn in as new Speaker of Parliament 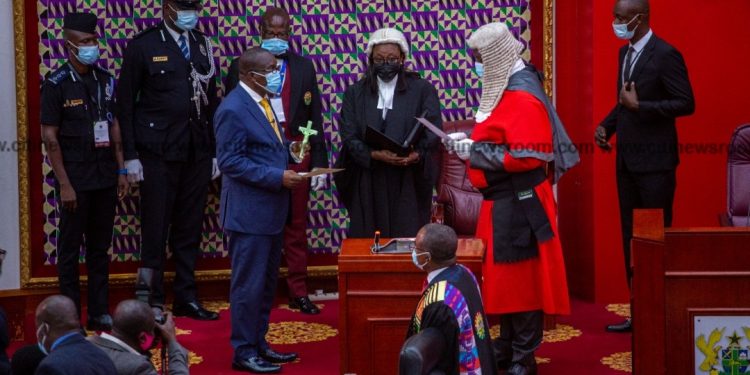 Immediate past Member of Parliament for the Nadowli Kaleo constituency, Alban Kingsford Sumana Bagbin has been sworn in as Speaker of Ghana’s 8th Parliament.

This comes after he was elected in a keenly contested election between himself and former Speaker, Prof. Aaron Mike Oquaye.

Alban Bagbin, who was the Second Deputy Speaker in the 7th Parliament was nominated by his political party –the National Democratic Congress (NDC)– for the position. 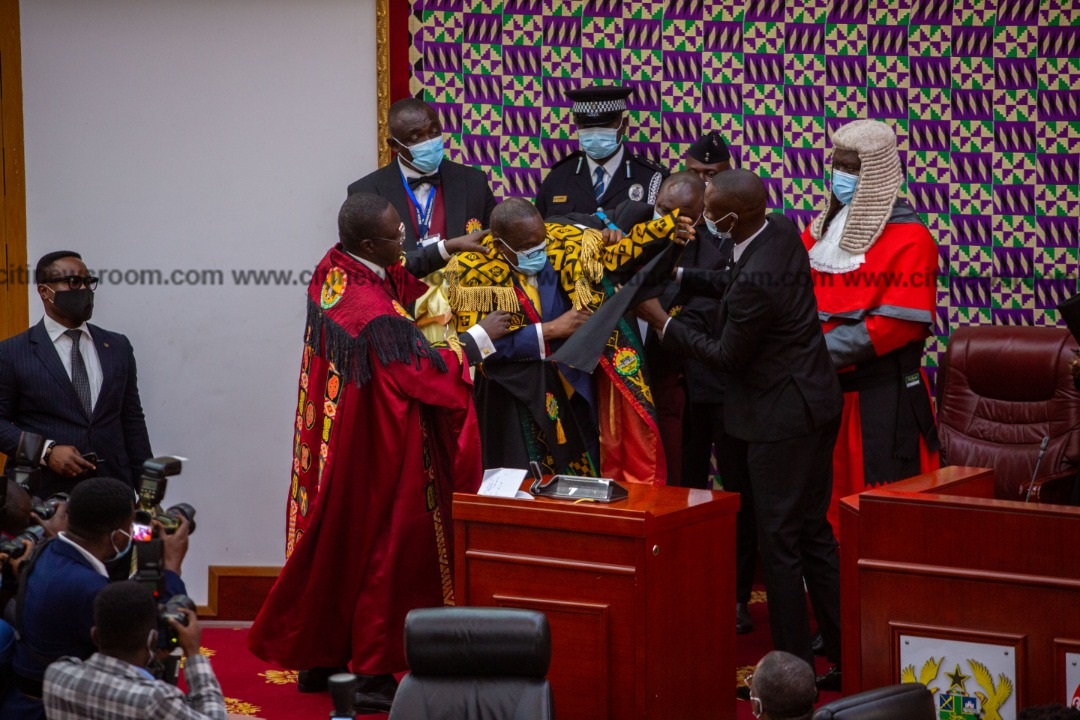 In his acceptance speech, Alban Bagbin pledged to discharge his duties wholeheartedly and in service to all Ghanaians.

“I will submit myself to the will of this House and pledge to serve my dear country, to serve you and to serve all Ghanaians faithfully to the best of my ability,” he said. 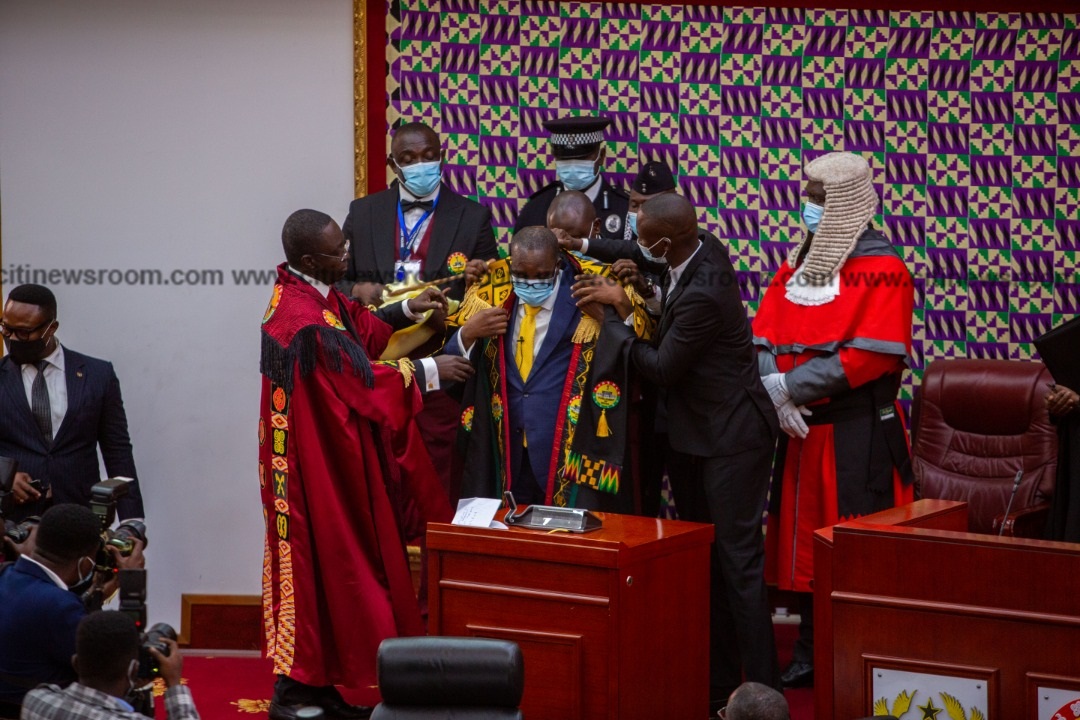 He further indicated his readiness to use his experience and skill, acquired within the 28-year period he served in Parliament, to help advance the cause of the lawmaking body.

“I will also conscientiously discharge my duties as the Speaker of this Parliament. I want to promise wholeheartedly to put to the disposal of this country the store of knowledge, enough experience and the huge data bank that I have accumulated over the 28 years that I have been a member of this House,” Alban Bagbin said. 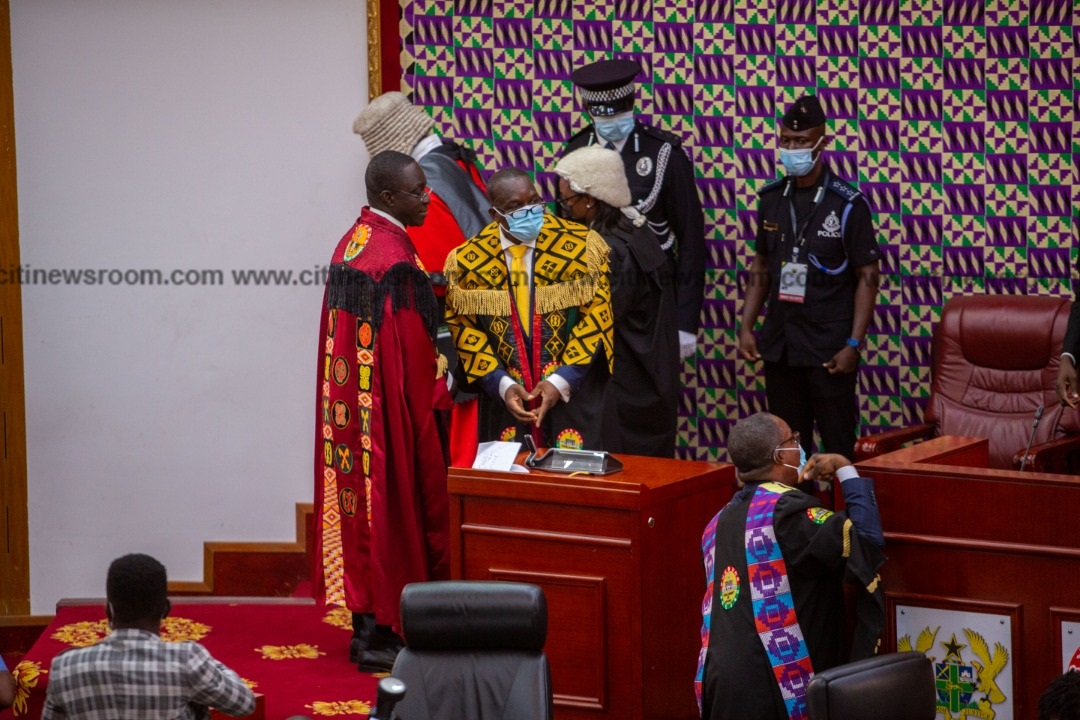 Born on September 24, 1957, at Sombo in the Upper West Region, Mr. Bagbin is a graduate of the University of Ghana (1977-1980) and the Ghana School of Law (1980 -1982). He holds an Executive Masters in Governance and Leadership from the Ghana Institute of Management and Public Administration (GIMPA).

His parents were Mr. Sansunni Bagbin and Mrs Margaret B. Bagbin who were both peasant farmers. He is the fourth child of nine children of the Margaret Bagbin and the thirteenth of the Bagbin family. 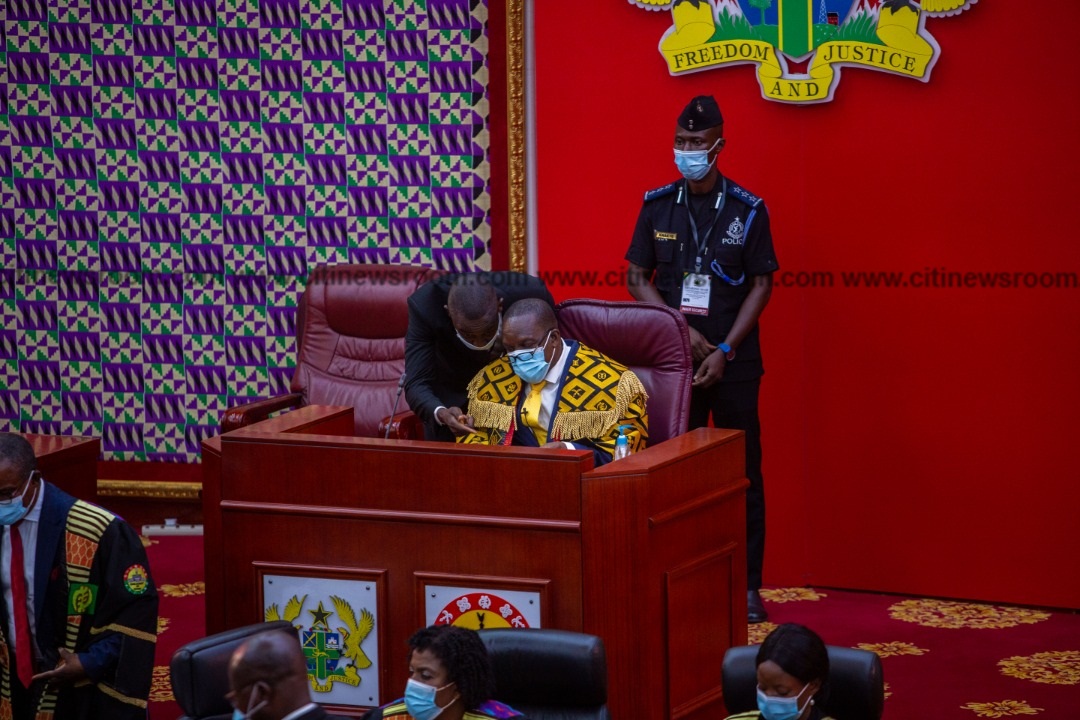 Education
The former Majority Leader started schooling at an early age at the Roman Catholic Primary School, Sombo, did his second cycle education at Wa Secondary School and ended at the Tamale Secondary School, where he earned his Ordinary Level and Advanced Level certificates before entering the University of Ghana in 1977.

Working Life
His working life experience took him to a number of establishments after school, and this undoubtedly enabled him to garner a lot of experiences that he brings to bear in his current political role.

From 1980 to 1982, he worked at the Bureau of Statistics and Statistical Service as the acting Secretary to the Statistical Service Board while between 1982 and 1983; he worked as Personnel Manager of the erstwhile State Hotels Corporation (Ambassador /Continental Hotels) before sojourning to Libya to teach English at the Suk Juma Secondary School, Tripoli.

When he returned from Libya in 1986, Mr. Bagbin joined the Akyem Chambers, a firm of legal practitioners, consultants and notaries public, as a partner. Between 1989 and 1992, he was appointed an external solicitor of the Credit Unions Association of Ghana (CUA), Nii Ngleshie family of James Town and a number of private business firms in Accra.

From 1993 to date, the Former Majority Leader has been a partner of the Law Trust Company, a firm of legal practitioners, consultants and notaries public.

Parliament
Bagbin has held a number of positions in Parliament since 1994 and capped his lawmaking career with the ultimate, the Majority Leader and Leader of the House.

From 1995 to date, Mr. Bagbin has been a member of a group known as Parliamentarians for Global Action (PGA) and member of the international Law and Human Rights Programme of the PGA.

From 1996 to 2001, he was appointed Chairman of the Advisory Committee on the Restructuring of the Water Sector (Ministry of Works and Housing) while between 1997 and 2001, he was a member of the National Media Commission.