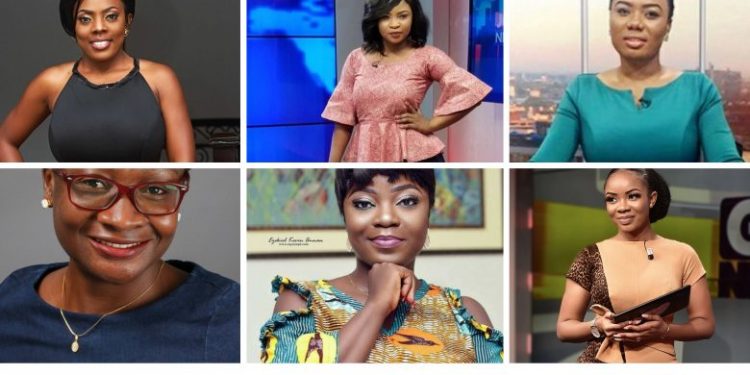 Although the social media boom in Africa has presented many opportunities to the millions of users including access to information, extended social networks, identity expression etc., increasingly these platforms have become a new frontline in journalism safety – a particularly dangerous place for women journalists.

For the many women journalists in Ghana who report on contested social, economic and political issues, the social media ecosystem has become a place of often brutal, prolific online harassment and abuse, including targeted attacks that frequently involve threats of physical and sexual violence.

Three months after Serwaa Amihere, a journalist with GH One TV in Ghana announced that she had developed a tougher skin for cyberbullying; she tweeted in a now-deleted post last December: “I’m done,” followed by another post, “If I ever come back to life I’ll never do this job.” This was in response to an intense trolling and abuse following an interview with a prominent politician.

In some cases the perpetrators range from misogynistic mobs seeking to silence women, through to politically-linked disinformation networks aiming to undercut press freedom and chill critical journalism.

Although retaliation for the content of professional output is common to all journalists, many female media professionals in Ghana have had to deal with certain kind of hate comments men will never have to stomach; messages about their appearance, gender and sexuality.

In December 2020, another leading female journalist with the Despite Media Group in Ghana, Afia Pokua also expressed her frustration on Facebook for what she believed was the inaction of the Ghana Journalism Association to adequately protect journalists. She posted, “…if I die and come back, I will never return as a journalist!” 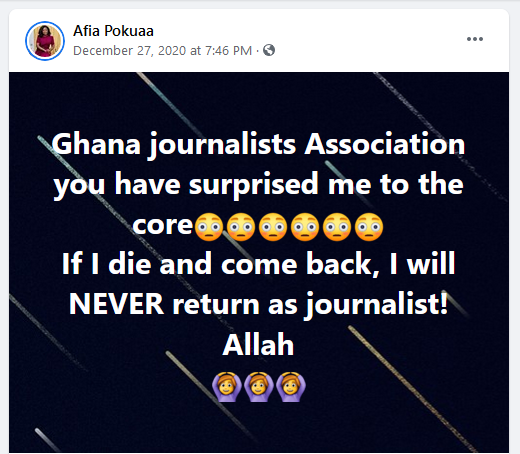 A 2020 survey by UNESCO in 15 countries including Ghana found that 73% of women respondents said they had experienced online violence with platforms like Facebook and Twitter ranked as some of the least safe platforms for female journalists.

According to the survey many women journalists have had to deal with mental health issues as a result of the online violence where as many others have resorted self-censorship, followed by a withdrawal from all social media interaction and avoidance of audience engagement. 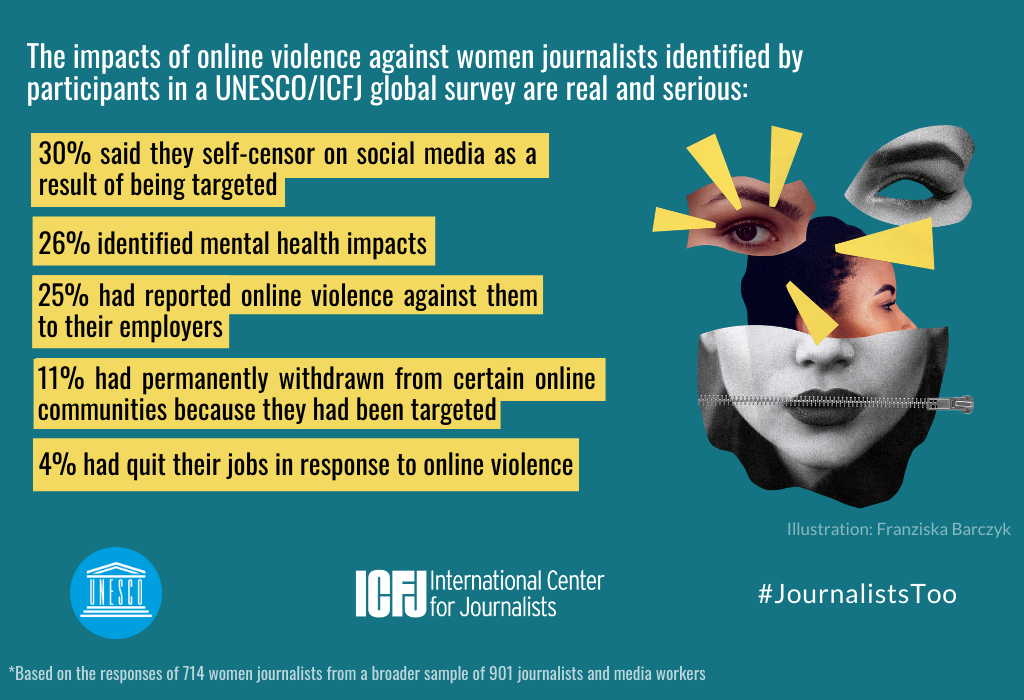 Nana Ama Agyemang Asante, another leading journalist in Ghana in an interview last year said: “The harassment is hurtful. I have considered deleting my accounts before but that will be ceding space to people who do not contribute anything besides hate to national conversations. So I refuse to yield my voice to them.”

“I find it cruel and confusing. Cruel because there is no need for the amount of vitriol I receive for saying some of the same things my male colleagues say and get cheered for. Granted, not all my male colleagues get cheered for saying things, but no one is threatening them with rape and other forms of violence talking about corruption. I intend to keep talking and engaging,” she said.

A review of some of her recent posts on Twitter following the interview shows that she has since limited some of the engagements on her posts.

Also in 2020, iWatch Africa found that while the number of male journalists monitored were three times more than their female counterparts, 46 per cent of the total number of online abuses received were directed at women journalists.

A climate of impunity for online attacks raises important questions that need to be further explored as impunity emboldens the perpetrators, demoralises the victims and heightens journalism safety.

Solution to this evolving threat:

So far big tech companies such as Facebook and Twitter have failed to prioritise dealing with threats to women journalists emanating from the West African region although they have the capacity to do much more to protect journalists.

These giant tech companies who have no physical footprints in the region must detail in their transparency reports, the types and patterns of the reports they receive from the region, and the actions they take in response. There should also be an engagement strategy with local media and civil society groups to design rapid response units to counter this threat to women participation in journalism.

Regional media houses must also set up formal gender-sensitive procedures and systems for identifying, reporting and monitoring online violence against their staff.

Finally, the Cyber-security unit in Ghana must work closely with civil society organisations and journalism networks to gain more granular knowledge about attacks, to develop collective responses to guard the safety of women journalists including setting up legal support units, counseling units and criminal units for instances of abuse which violates the Criminal Code Act of Ghana.

The risks that online harassment poses to the free flow of information, press freedom and the democratic exchange of ideas demand an urgent response.

NALAG urges Parliament to restart conversation on election of MMDCEs