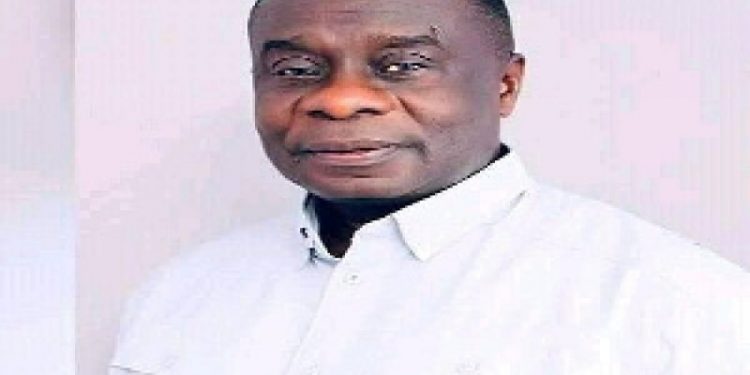 Member of Parliament (MP) elect for Assin North, James Gyakye Quayson has been barred from participating in the voting process in the selection of Speaker for the 8th Parliament of the Fourth Republic.

It follows a court injunction restraining him from being sworn-in for parliamentary business.

Although Mr. Quayson was spotted in the House on Thursday, January 7, 2021 for inauguration despite his injunction, his fate was determined after Member of Parliament for Effutu, Alexander Afenyo Markin raised concerns over his presence in the House.

The National Democratic Congress (NDC) to which Mr. Quayson belongs mounted a defence for its member saying he has not been served with the injunction and must therefore be allowed to represent the people of Assin North in the 8th Parliament.

But after rounds of counter-debates between the NDC and the New Patriotic Party (NPP) sides, the Clerk of the House, Cyril Kwabena Oteng Nsiah, admitted to receiving the injunction and ruled that he cannot recognize Mr. Quayson to duly participate in the selection of the Speaker for the 8th Parliament.

Earlier, Afenyo Markin, who is also the proposed Deputy Majority Leader for the New Patriotic Party’s Caucus in the House asked from the Clerk of Parliament if he had been served with any injunction document before the processes for the selection of a Speaker of the House commence.

In making a case for his query, the Effutu legislator maintained that it will be appropriate for the fate of the Assin North MP-elect to be determined before the Speaker is voted for.

Haruna Iddrisu and Muntaka Mohammed who are proposed Minority leader and Minority Chief respectively argued against the query asking for the inclusion of the Assin North MP-elect as a participant of members eligible to vote on the candidates for Speakership.

“Mr. Chairman, courts don’t determine an elected person in Ghana. The court has the mandate to adjudicate on matters brought before it but the election of Member of Parliament is vested in Ghanaians citizens. We are aware that James Gyakye Quayson of Assin North was duly elected. As far as we know no court processes have been served on him personally.  That is why he is here having registered and having the recognized as Member of the 275 MPs”, Haruna Iddrisu said.

The proposed Majority leader, Osei Kyei-Mensah-Bonsu who backed Mr. Afenyo in the query said it was part of their preliminary observation to ascertain the eligibility criteria of the MP-elect in question.

“The issue raised by my colleague, the Effutu MP is very genuine. He wants to know the eligibility and qualification of the MPs-elect who are qualified for voting. This house has been duly served, injuncting one person from participating in the business, We are aware that the processes have been served to the house. We want to know as part of our preliminary observation whether it is true, and if it’s true, that person cannot participate properly before this house”, he clarified.

A Cape Coast High Court on Wednesday, January 6, 2021, granted an injunction restraining Mr. Quayson, from being sworn-in into the 8th Parliament on Thursday, January 7, 2021.
The MP’elect’s injunction was granted in a case filed by one Michael Ankomah-Nimfa of Assin Bereku who claims Mr. Quayson holds dual citizenship of Ghana and Canada.