Tertiary education in Ghana and the politics of sustainable financing [Article] 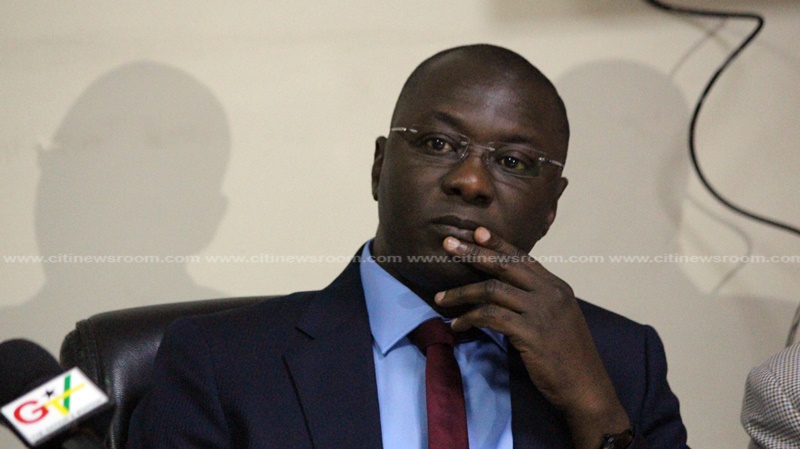 The subject of financing tertiary education in Ghana is back on the national radar following a proposal for parliamentary consideration for a waiver of user fees for the 2020/21 academic year as part of the COVID-19 Relief Package. This has become necessary because the economic impact of the Pandemic on parents has been quite monumental, ranging from job losses, delays in salaries, lower sales for traders due to lower demand for goods and services, among others.

Whilst the pandemic is temporary, any policy on financing its negative cost has implications for the future. Particularly, financing the proposed fee waiver for tertiary education students need to be matched against the necessity for formulating sustainable financing options for tertiary institutions, as similar circumstances may arise during national emergencies in future.

Funding of tertiary education has always been a challenge for our country. Until early 1970s, Ghana provided free university education. Due to challenges faced by the economy, the provision for free textbooks and meals were revoked, and a loan scheme introduced to address students’ concerns. In the 1980s, the Provisional National Defense Council (PNDC) called for cost-sharing in tertiary education. Again, in mid-1990s, the debate was revived and became more intense in 1997 and 1998. Cost-sharing or cost-shifting as it was then called, put the nation on a search for sustainable financing of tertiary education.

As National President of NUGS in 1998, I led students of Ghana against the policy and presented petitions to Parliament for the institution of a tertiary education endowment fund, a proposition previous NUGS leadership had campaigned for. After engaging with a parliamentary committee set up by then Speaker, Justice D.F. Annan, Parliament recommended to the Government to establish the Ghana Education Trust Fund (GETFUND), which was established in 2000.

Once the Fund was established and the objectives known, many believed that the search for a sustainable financing of tertiary education had concluded. However, this was not to be the case as tertiary institutions continued to reel under serious financial pressure due to inadequate subventions from Government. The institutions were yet to be put on test when public subventions except for employee compensation were withdrawn. User fees collected by these institutions became the major sources of funds for the administration of these institutions and the provision and/or maintenance of facilities.

The fact that Parliament is now considering a waiver of academic facility user fees for students of our tertiary institutions as part of the COVID-19 Relief Package and the ensuing debate on whether the government can accommodate this relief in the budget, further underscore the incomplete mission of finding sustainable funding for our institutions.

Fact is, COVID-19 has devastated economies around the World including ours, and students, as well as their parents, will welcome the proposed waiver of fees if approved, to cope with the financial burden of the pandemic. NUGS has already endorsed the call. The reality is that, much as this move is palatable, the source of financing the institutions by government remains contentious.

Two schools of thought have been canvassed so far.

First, a waiver of fees and the financing of same by government to enable the institutions survive, is practically challenging as government has not budgeted for it. Besides availability of funds, the financial implications of this proposal is quite huge. For example, based on the approved 2019 budget, it would mean that government would have to mobilize about GHS1.2 billion, being the Internally Generated Funds tertiary institutions were expected to collect from fees and other economic activities, to finance goods and services, capital expenditure and compensation for employees not covered by the government. This amount will not significantly depart from the current financial requirements of implementing the proposal.

The alternative argument is that the government has already demonstrated capacity to provide reliefs in the supply of electricity and water to utility customers and must therefore follow similar “ways and means” to fund the institutions, if user fees are waived for the academic year. Student leaders have justified the waiver of user fees by arguing that their user fees include electricity and water bills, and they are therefore also entitled to the utility reliefs provided by the government. Some have even stated that in their institutions, they do not use the academic facilities as they receive lectures online at home, hence no basis for them to pay the user fees in full.

It is important to note however that, generally, most people believe in government’s ability to absorb the fees on behalf of students. This has been informed by the inconsistent policy positions on financing university student fees by the political parties during the 2020 election campaigns, which somehow created the perception that government could finance the academic cost of students. Whilst the NDC promised to absorb full fees for new entrants and 50% of the fees of continuing students, the NPP promised to expand the decentralized scholarship scheme and is actually providing scholarships for 60,000 new entrants who are currently being interviewed. This is a departure from the cost-sharing era when government insisted that students bore part of the cost of their education. Academic facility user fees and residential fees were introduced, which authorities estimated to be 40% of the cost of educating a student.

Government at the time conceded that the constitutional requirement for a progressively free tertiary education was important for national development but this was subject to availability of resources. In reversing the policy and promising to absorb the fees as the political parties espoused, one wondered by how much the resource base of the country changed to warrant this development, notwithstanding the major problems faced by our institutions today.

There is no doubt that conditions in our tertiary educational institutions have changed significantly. In the late 1990s when cost-sharing was introduced, the number of tertiary students were just about 30,000 put together, which has now increased to some 472,323 students according to Statista. We had five public universities at the time and one private university. The number of accredited tertiary education institutions now stands at 191 comprising 94 public and 97 private.

In contrast, the resource base of the country has improved relatively, although not asymmetrical to the changing circumstances of our educational institutions. For example, Ghana is now described as a lower middle-income country, with economic growth averaging 5-6% over the last four years except for 2020 due to COVID-19 effects, yet the country’s Tax-to-GDP ratio at 13% remains lower than the middle income average.

So what is really deriving the current campaign for government to absorb fees of tertiary education students? Is it politics, COVID-19 or long-term sustainability funding strategy?

These questions do not have straight forward answers. Nevertheless, they provide leads to certain general observations that require our attention as a country. These are: (a) Financing policy for tertiary education remains ad-hoc and is thus unsustainable; (b) Fee payment policy has become inconsistent as it is not clear whether government is reversing the previous cost-sharing policy in favour of absorbing fees; and (c) Financing policy has never incorporated the necessity of providing for large contingencies such as health pandemics and other national emergencies.

In response to the above observations, I recommend as follows:

i. Merit-based approach of financing students’ cost of education is by far preferred in most parts of the World to universal-based approach. In this case, until there is a national decision to provide free tertiary education, government support should focus on considerations such as equity and long-term national development strategy. The National Identity system should help in conducting a means assessment test to target deserving students.

ii. A review of the role of GETFUND vis-avis the challenges posed by increased number of students and institutions has been long overdue. Such a review will inform appropriate amendments of the law to refocus the FUND to current priority areas rather than its current broad nature. An important consideration for amendments of the GETFUND law is the urgent need to incorporate buffers against national emergencies such as COVID-19. Associated with the review of the GETFUND law is also the need to review the 2017 Earmarked Funds Capping And Realignment Act and the extent to which it affected flows into the Fund. This is important to ensure that we do not suffer policy credibility.

iii. We must also be aggressive with domestic revenue mobilization to create the incentive for increased government investment in tertiary education. If the economy can afford to provide free tertiary education, that should be encouraged, consistent with the Directive Principles of State Policy; but at a tax-to-GDP ratio of 13%, our choices are indeed very limited. The potential to collect more revenue also depends on the independence and efficiency of revenue agencies and no effort should be spared to retool and strengthen them, especially to detect and prevent illicit financial outflows.

In conclusion,  it is no exaggeration that all segments of our society are hit by the economic effects of COVID-19. At the same time, any decision by Parliament to approve the waiver of fees as part of the relief package for tertiary education students should not be divorced from national budget priorities. Contrary to this, a critical financing gap will be created and exacerbates the current challenges of our tertiary institutions with potential to undermine the important role they play in national development. Therefore, whilst we try hard to address the temporary effects of COVID-19 on students’ cost of education, we must give equal attention to the need for a long-term sustainable financing strategy for tertiary education even if it has to be provided for free,  including the necessity for appropriate buffers against national emergencies. ii. A clear policy of financing students’ cost of education has become imperative. Also, whereas government has responsibility to fund our educational institutions, and to intervene where necessary, a bipartisan consensus on the type and size of government intervention in the provision of tertiary education is necessary to avoid “politicization” of education.

Government could be forced to reintroduce COVID-19 restrictions – Oppong Nkrumah