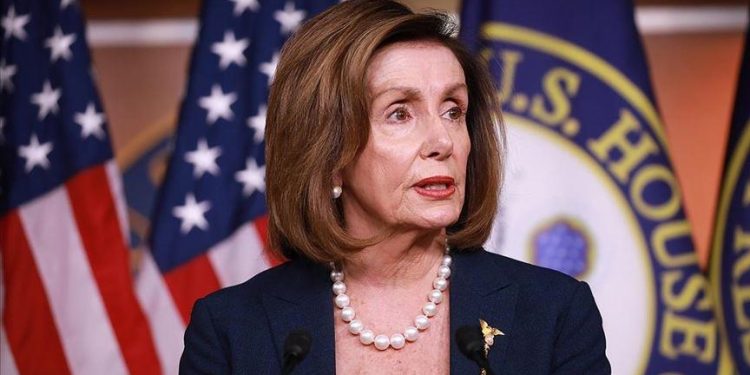 Democratic Rep. Nancy Pelosi of California was reelected speaker of the US House of Representatives for the 117th Congress on Sunday.

Pelosi received 216 out of 427 votes to secure the speakership for a fourth term.

The 80-year-old lawmaker has been leading House Democrats since 2003 and is the only woman to serve as speaker on the floor.

“In a time marked by historically low trust in our government, new voices are necessary to moving forward and achieving real progress,” said Spanberger in a statement, according to CNN.

After her win, Pelosi expressed her gratitude to her fellow Democrats.

“I thank my Democratic colleagues in the Congress for the confidence you have placed in me by electing me Speaker, and will endeavor to meet the moment with courage, unity and grace,” she said.

She pledged that with President-elect Joe Biden and Vice President-elect Kamala Harris, the House will continue to work “to save lives and livelihoods, to build back better in a way that advances justice in America.”

The vice president-elect said she was looking forward to working with Pelosi to “build a brighter future” for Americans.

“Congratulations to fellow Californian, @SpeakerPelosi, for being reelected as Speaker of the House. I look forward to working together on behalf of the American people to move our nation forward and build a brighter future for generations to come,” Harris wrote.

6,000 security personnel to be deployed for Akufo-Addo, Bawumia’s swearing-in