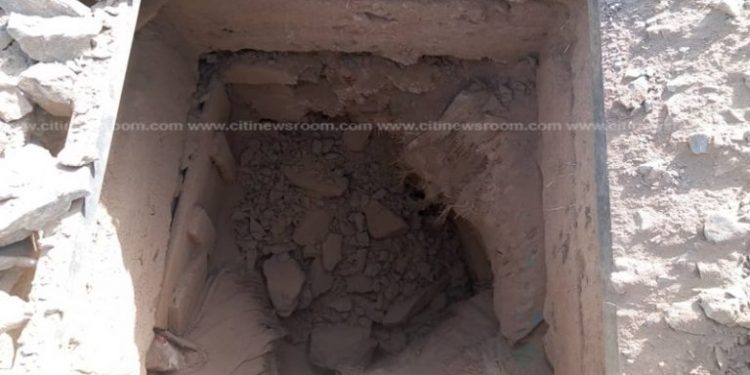 Mining activities in the community had drawn people, mostly the youth from various parts of Ghana and Burkina Faso to the area, where the people are predominantly farmers.

The MCE told the Ghana News Agency that a few days ago, a security operation took place at Pido and Wuru and all persons were ordered to cease operations for consultation with relevant stakeholders to ensure regulations and licensing regimes of mineral resources were met.

The MCE appealed to the Wuru Chief, Wuru Pio Mahama Diworie and the Pido Chief, Pido Pio Mahama Wemene to ensure the District Assembly was properly informed of clandestine activities.

“As chiefs, it’s your duty to help the government to enforce the laws of the country,” he said.

He said there were currently no documents available to back mining in the municipality.

“There is positive and negative impact associated with mining, the positive could include economic benefits due to the migration of other people into those communities, industries would be set up and through that, people’s livelihood can be improved due to the royalties landowners get,” he explained.

However, Dr Nana Owusu said mining was a threat to agriculture since lands could be lost depending on the type of mining being done.

He mentioned the loss of vegetative cover and destruction of water bodies and environmental pollution as some of the negative effects of mining, which could lead to food insecurity in the area if care was not taken.