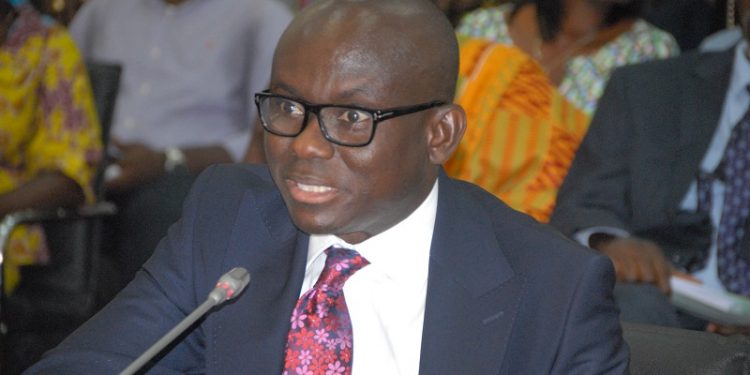 The Minister of Justice and Attorney General, Godfred Yeboah Dame is suggesting an adequate training regime for selected police officers to enable them to undertake prosecution of some second-degree felonies.

According to the Minister, effective collaboration between the police and his outfit could ensure such cases are prosecuted by the police in other regions across the country.

During a courtesy call on him by the Inspector General of Police (IGP), on Monday, March 29, 2021, Mr. Dame said such a move would enhance justice delivery in Ghana.

“The tendency on the part of some police officers to even prosecute felonies in the regions and that is of great concern because by the design of the law it requires bill indictment and all, and I wonder how police officers can do that.”

“So there out to be closer collaboration between the office of the Attorney General and the Ghana Police Service to ensure that second-degree felonies upwards are prosecuted by the Attorney General’s outfit and if indeed it because necessary that such prosecutions be embarked upon by the police officers, then there out be proper training by the Director of Public Prosecutions Division.”

He also requested an update on the investigations into the recent killing of Lilian Dedjoe by her husband and some other unresolved murder cases from the police.

He thus stressed the need to resolve murder cases in the country to build public confidence in security agencies.

“The major one was this Lilian Dedjoe who was killed. It is of concern to me and I will add it to the list of cases that I will request the Director-General of CID to present an update of investigations into for us and I will really appreciate it if the report is presented within a week.”