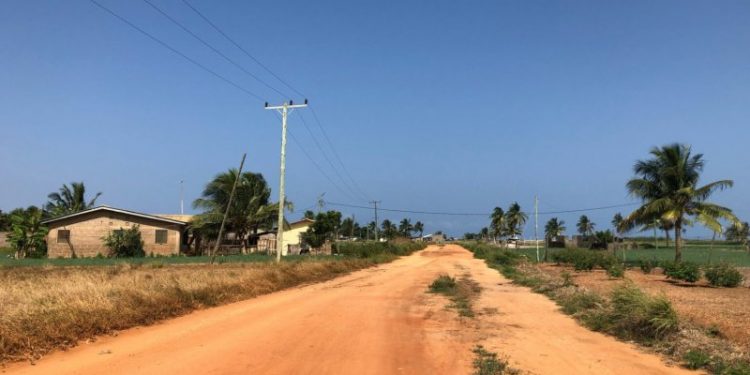 The Communities along the coast of the Ada East District have called on the District Assembly to fix their feeder road to save the lives of pregnant women in the area.

The road that links the coastal communities to Ada Foah according to the commuters had been in a deplorable state for decades now, and all efforts to bring it back to shape have proved futile.

The residents made the complaint during an open forum organized by the District Assembly at Anyakpor, a suburb of Ada.

The residents told the District Assembly officials that the road from Ada Foah Clinic Junction to Totope was terrible and pregnant women either gave birth on the way or died before getting to health centres.

Mr. Abraham Tetteh Darko, a community member said, “we have been calling on you the assembly, our MP and even the government for decades now, you keep promising us that you will fix this road and nothing has been done since.”

Mr. Godwin Agudey, Presiding Member of the Ada East District Assembly asked the communities to exercise patience as the government’s attention would be drawn to address the challenge.