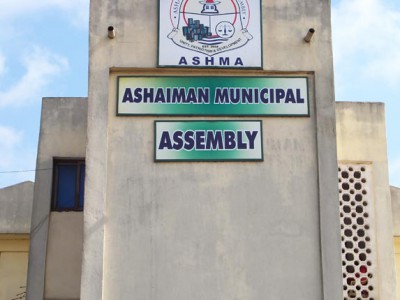 It’s been over 100 days since the beginning of the second term of the Akufo-Addo-led administration.

Many who were disappointed in the President’s first administration believe this second term is an opportunity for both the President and his New Patriotic Party (NPP) government to redeem its image by meeting its developmental expectations.

Residents of Ashaiman are thus calling on the President to appoint a new face to lead the Ashaiman municipality as the Municipal Chief Executive (MCE) since the community did not see much development in the last four years.

Ashaiman is estimated to host over 25,000 people.

The town has had its share of negative publicity largely due to increasing reports of criminal activities.

Nonetheless, the town continues to see a boom in commercial activities and population growth.

Several roads in the municipality have deteriorated with poor drainage systems.

One is usually met with an unbearable stench right after the Ashaiman overpass from Klagon.

Congested streets in the central business district with usually non-functioning traffic and streetlights have persisted for months.

Several appeals by residents to get them working have fallen on deaf ears as the Ashaiman Municipal Assembly looks on unconcerned.

Drivers, traders, and commercial motor riders seem to have a field day in the central business area.

While brisk trading activities continue to take place in the middle of the main road within the central business area, the Assembly in order to raise more revenue has converted one side of the three-lane road into an on-street parking lot while some recalcitrant people have also converted portions of the same road into a mini station in the full glare of the Assembly.

Some residents who interacted with Citi News complained about the many challenges bedevilling one of the fastest-growing communities in the Greater Accra Region.

Yaw Donkor, a resident and a member of the NPP in Ashaiman said he and others are disappointed about the slow rate at which Ashaiman is developing.

“Ashaiman is growing, but unfortunately there’s no corresponding development to complement the growth. The Municipal Chief Executive has failed us by not implementing enough developmental projects since his assumption of office in 2017.”

He lamented that several appeals to get the Assembly to fix the few streetlights in the town have all fell on deaf ears.

“Come to Ashaiman and see how dark our streets are. We have made several appeals but to no avail. Even streetlights that the former MCE under NDC Ibrahim Baidoo mounted have still not been powered”, he noted

Residents also gave a poor rating of the Assembly’s performance over the last four years, saying they are looking forward to a new Municipal Chief Executive to lead the assembly.

Kofi Mensah, also a resident lamented that ever since the incumbent Chief Executive, Albert Boakye Okyere took office, little has been seen in terms of development, and it is about time the President kicks him out and replace him with a new one.

“This MCE has really disappointed us. We all had high hopes of him especially when he performed creditably during his first term as MCE under President Kufuor in 2008, but he has not been helpful at all in this full term of his under President Akufo Addo. He must be sacked and replaced with a more vibrant Chief Executive. ”

Mr. Yaw Donkor also said “we will resist the renomination of Mr. Albert Boakye Okyere because he has disappointed the Ashaiman NPP and the people of Ashaiman in general and must be kicked out. We will demonstrate on daily basis should he be renominated as the MCE. I will rate him about 20% because he has failed.”

A resident, who gave his name as chairman Reggie challenged the MCE to come out with a list of developmental projects executed under his tenure.

“I challenge our MCE to come out with projects he has done, and I will prove to him, he has added nothing to the fortunes of Ashaiman. The only thing you can credit our MCE with is the poor road network, poor infrastructure, multifunctional traffic, and streetlights, indiscipline among others. The man has not been of help to us, and it will be a great disservice to the people of Ashaiman if he is brought back. I don’t know how to rate him because there’s nothing to even rate.” he said.

Assembly Member for the Nii Doku Electoral Area, Yusuf Gariba for instance accused the MCE of failing to dredge the major drain that carries volumes of water in Ashaiman to the Sakumono Lagoon.

“This stream you see here carries volumes of water from Ashaiman to Sakumono but ever since this chief executive took office not for once has he dredged this stream but on paper, he claims to have dredged it. Look at the start of Ashaiman roads; very poor, people keep dying on our roads on daily basis but this MCE looks unconcerned. Nothing is working under this MCE.”

Mr. Gariba said “I will be surprised if the MCE is retained because he has failed to live up to expectation. Akufo Addo must kick him out and bring a more formidable candidate who understands development.”

But the Municipal Chief Executive, Albert Boakye Okyere, when contacted rated his performance 80% and insisted that he has performed creditably to the best of his ability.

“I urge my critics to measure well before criticizing because I took over an Assembly that was in a mess in 2017”. 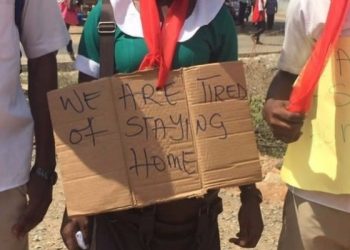