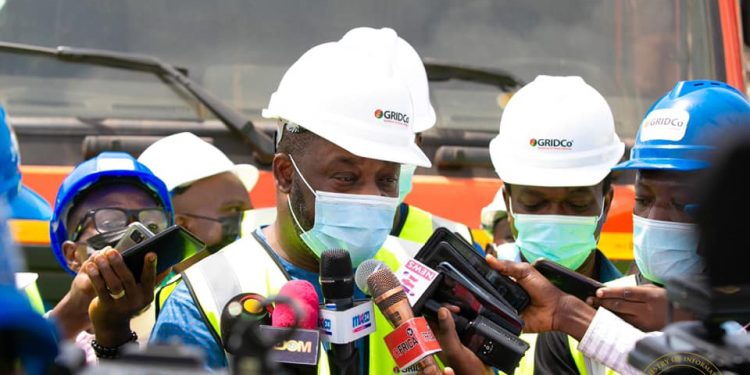 The Ministry of Energy has debunked claims made by the Minority in Parliament over the country’s power situation.

Addressing a press conference on Wednesday, April 28, 2021, the Minority in Parliament chided the government for its inconsistent communications on the current power challenges, which have led to intermittent power cuts in parts of the country.

The Ranking Member on the Mines and Energy Committee of Parliament, John Jinapor, alleged that the Ghana Grid Company (GRIDCo) had planned to publish a load shedding timetable for the country but was stopped by the government.

“What is even more disturbing is despite confirmation from GRIDCo a couple of weeks ago that the country will continue to experience these power outages into the foreseeable future for which reason they promised to publish a load management schedule,  the anticipated schedule has since been put on hold due to political pressure from the Executive.”

He further urged the government to come clean on the real cause of the power challenges.

But the Energy Ministry has dispelled the claims.

The Ministry in a statement said: “For the record, there has been no nationwide load shedding in the country, neither has there been an attempt to embark on one because there is no need to. Some of the projects ongoing in Accra and Kasoa, for example, will require outages for some days. The Pokuase timetable is out, starting from May 10 to May 17th, 2021. That of Kasoa is yet to be published and shall be released at the appropriate time when the necessary arrangements and consultations with the relevant stakeholders have taken place.”

“The only reason these outages are being carried is to allow for the contractors to tie in their works into the existing transmission lines. It is therefore false to claim, as the Minority in Parliament has, that political pressure has been brought to bear on the publishing of a load shedding timetable,” the statement added.

The Ministry further attributed the  “intermittent outages in parts of the country” to the following;

The Energy Ministry assured that despite the inherent challenges in the transmission and distribution aspects of the power sector, systematic plans have been put in place by the government and its developmental partners such as MCC, Siemens, and AFD to ensure stable power supply for the country by the end of the year.

Click here for the full rejoinder from the Energy Minister