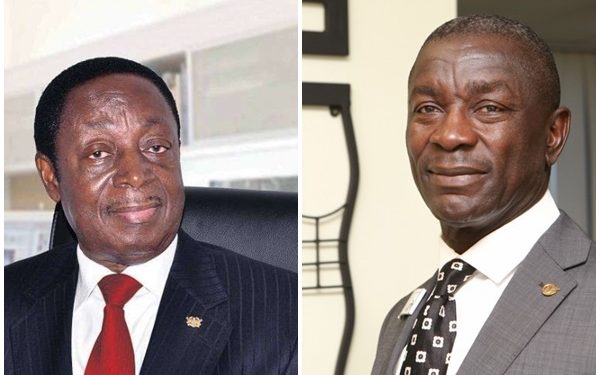 The parliamentary committee tasked to probe the collapse of uniBank and UT Bank has directed the petitioners to submit all documents that back their request for the restoration of their licence.

The nine-member committee gave the directive after their first meeting last week.

Following a petition presented to the House by Prince Kofi Amoabeng and Dr. Kwabena Duffour, the Speaker set up the committee to look into the concerns contained in their request.

Prince Kofi Amoabeng and Dr. Kwabena Duffuor on March 19, 2021, petitioned Parliament to investigate the conduct of the Bank of Ghana and the Ghana Stock Exchange following the revocation of the licence of their respective financial institutions – UT Bank and uniBank.

Speaking to Citi News on the fringes of the inauguration of the new Parliamentary Service Board, the Chairman of the bi-partisan Committee, Joe Osei Owusu said the petitioners have one week to make their evidence and documents available to the committee.

He also disclosed that the committee will then also have one week to also study the documents and decide on the way forward.

“The committee met last week and after reading the petition, we decided to call on the petitioners to bring to us all the documents on which they based their petition and request so that the committee will review them and then guide us on the way forward. We have not as yet received them. I think we agreed that we will reconvene in two weeks because we said we are allowing them one week to submit and one week for us to study the documents, and then we start our work.”

The two businessmen, Prince Kofi Amoabeng and Dr. Kwabena Duffuor petitioned Parliament to investigate the conduct of the central bank and the Ghana Stock Exchange following the revocation of the licence of their respective financial institutions.

Dr. Duffuor, founder of the now-defunct uniBank, and Mr. Amoabeng, former Chief Executive Officer of collapsed UT bank, had the licenses of their respective financial institutions revoked during the banking sector clean-up which commenced in 2017.

Dr. Duffuor is currently litigating the collapse of his bank with the hope of getting the court to declare that, merging his bank with others to form the Consolidated bank is null and void.