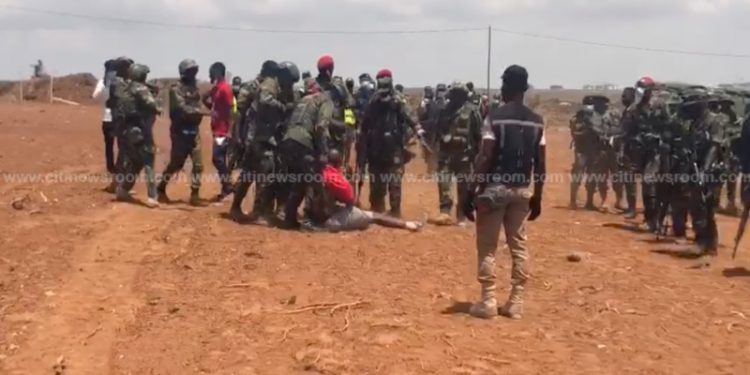 Soldiers have beaten and chased away demonstrators protesting the alleged encroachment by the military on La Stool lands.

Some media personnel were also beaten and manhandled by some of the soldiers at the scene.

The group within the La Traditional Council, the Coalition of La Associations, defied the orders of the police to suspend their intended demonstration. 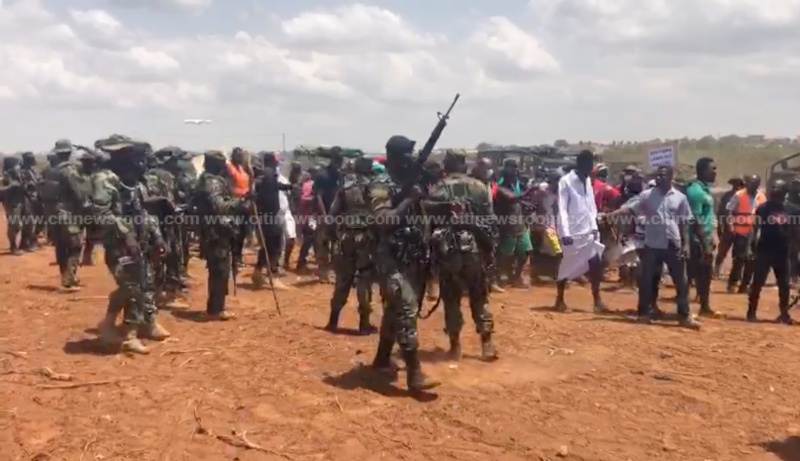 Soldiers were seen dragging a protestor to the ground who was subsequently hit in the head. 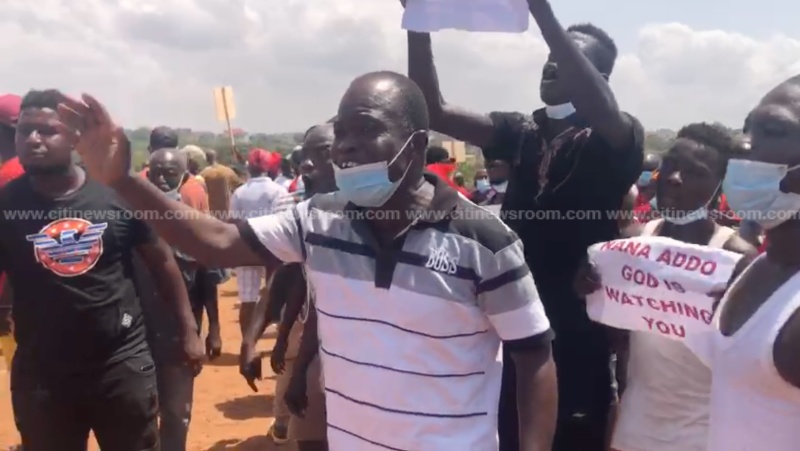 Addressing the media ahead of the demonstration, a spokesperson for the group, Jeffrey Tetteh had said they will not be deterred by the presence of the police to seek the release of the annexed lands by the military.

“We are willing because our forefathers laid down their lives and they shed their blood to regain this land for us. It is our time to also gain the land and bequeath to those generations after us.”

The group has previously said President Akufo-Addo promised to give the stool about 200 acres of the land. It, however, admitted that no MoU has been signed in this regard.