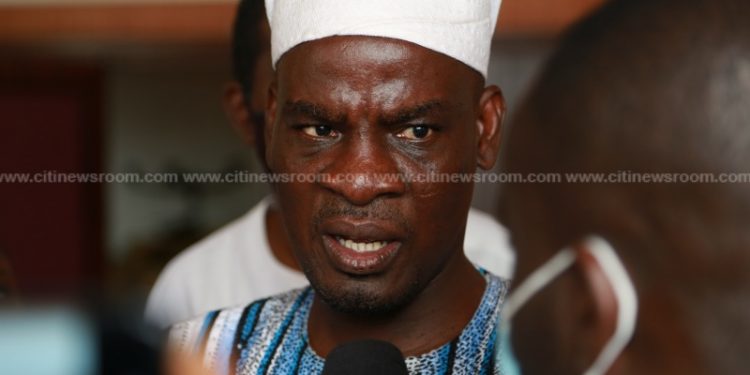 The Minority Leader, Haruna Iddrisu, says the credentials of the Special Prosecutor-nominee, Kissi Agyebeng, pale in comparison to those of his predecessor, Martin Amidu.

According to him, the Akufo-Addo administration has been structured to fail in terms of the fight against corruption and that whoever is appointed to head the Office of the Special Prosecutor (OSP) will fail.

Speaking to Citi News, the Tamale South MP said the appointment is disappointing.

Mr. Iddrisu further said the nominee lacks the weight and will to fight corruption.

“Credentials compared to who? Mr. Martin Amidu is a non-starter. Compared to Mr. Martin Amidu in terms of stature, experience, integrity, and reputation, he [Kissi Agyebeng] just doesn’t come close. You need men of weight and will to fight corruption. Mr. Martin Amidu suited [the Office] perfectly but because he would not get the cooperation and the support of the president, he had to bow out.”

“I’ve worked with him before, and he is a moderate person, not the hawkish type. What I can say about him is that he has the intellectual capacity to man that office because he is a criminal law lecturer but what he lacks is the public and political clout to fight public sector corruption. I’m doing this by comparing him to his predecessor, Mr. Martin Amidu because during his [Amidu’s] previous life he fought corruption but Kissi Agyabeng doesn’t have that,” Amaliba said.

In a letter to the Presidency, the Attorney-General, Godfred Dame, said he was satisfied that “Kissi Agyebeng possesses the requisite expertise on corruption and corruption-related matters, is of high moral character and proven integrity and satisfies all the other requirements stipulated in section 13(1) and (2) of Act 959,” hence he is the right person to occupy the vacant position.

Documents for probe into uniBank, UT Bank collapse will be submitted in time - Ayariga