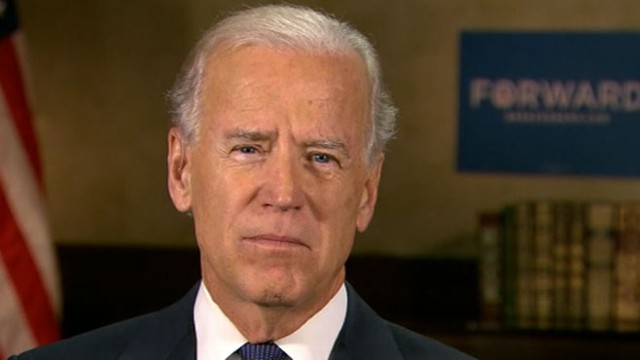 After months of closed-door talks, President Joe Biden’s administration has completed its review of North Korea policy, charting a path forward that rejects both of his immediate predecessors’ stances on the nuclear-armed rogue state.

The review has been highly anticipated, especially among U.S. allies Japan and South Korea, as the threat from North Korea’s nuclear and ballistic missile programs expands.

Kim Jong Un, the totalitarian leader in Pyongyang, has tested Biden once with a launch of two short-range ballistic missiles and urged the U.S. to drop its push for denuclearization.

But the White House said Friday that its “goal remains the complete denuclearization of the Korean Peninsula, with the clear understanding that the efforts of the past four administration have not achieved this objective.”

It was a shot not just at Donald Trump, but also Barack Obama, Biden’s old boss. Trump’s personal diplomacy with Kim was an unprecedented effort to convince the young strongman to discard his nuclear arsenal, but it ultimately ended in failure and faced strong criticism from Biden during the 2020 presidential campaign.

The new policy, however, also said Biden will not “rely on strategic patience,” the term that defined the Obama era approach of hoping U.S. and United Nations sanctions would ultimately put the screws to the North Korean government.

While the Biden administration hasn’t provided full details, White House press secretary Jen Psaki said Friday they will deploy a “calibrated, practical approach that is open to and will explore diplomacy with the DPRK and to make practical progress that increases the security of the United States, our allies and deployed forces.”

That means Kim could ultimately meet Biden, as he did Trump in two summits and one brief meeting at the Demilitarized Zone between North and South Korea. But Biden has emphasized such a meeting would not happen until working-level negotiators had actually achieved a deal.

Trump and Kim signed a joint statement after their first meeting in Singapore in June 2018 — a nonbinding agreement that committed to the “complete denuclearization of the Korean Peninsula” and some measures to build confidence between the two countries technically still at war, like returning the bodies of Americans that went missing or were killed in action 70 years ago in the Korean War.

But working-level talks never yielded any progress, despite Trump officials like then-Secretary of State Mike Pompeo claiming new commitments from the North Korean side. A second summit ended without an agreement after Kim refused to negotiate on his offer and Trump walked, saying he would only accept a grand bargain — the dismantlement of Kim’s entire nuclear weapons program in exchange for the lifting of all sanctions.

“If the Trump administration was everything for everything, Obama was nothing for nothing, this is something in the middle,” the official told the newspaper.

Biden will host South Korean President Moon Jae-in at the White House on May 21, Psaki confirmed Thursday — only the second world leader that Biden will host early in his term, after Japanese Prime Minister Yoshihide Suga visited on April 16.

Secretary of State Antony Blinken also made Japan and South Korea his first trips overseas, part of Biden’s focus on shoring up relations with the United States’ two treaty allies in East Asia and pushing back on neighboring China.

But both countries have eagerly awaited Biden’s North Korea policy announcement after Biden, Blinken and National Security Adviser Jake Sullivan consulted their counterparts repeatedly for input on a path forward.