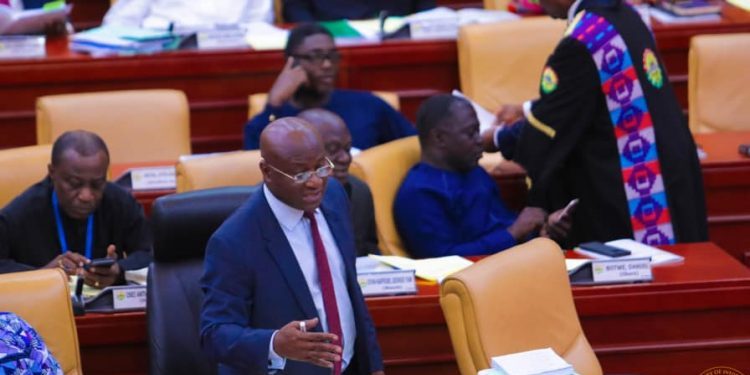 The Minister for Parliamentary Affairs, Osei Kyei-Mensah-Bonsu has lamented the attrition rate in Parliament.

According to the Suame legislator, this issue adversely affects the work of the law making arm of government.

“…The high attrition rate exerts an unnecessary negative toll on building the capacities of MPs,” he complained.

He said this when he spoke at the data fair organized by Parliament, Africa Centre for Parliamentary Affairs and the Ghana statistical service recently.

Mr. Kyei-Mensah-Bonsu also complained that, the high attrition rate also impact negatively on the work of committees in Parliament.

“I have always insisted that there is no established democracy that I know that at the end of the tenure of Parliament, the gates are opened for all persons to come in, and then the capacities of the MPs will have to be built all over again. In this current Parliament, over 50% are first-timers. How do you expect such people to have the capacity to put the government on its toes?”

He also raised concerns with some clauses in Parliament’s Standing Orders, which he said limit the powers of committees of the House.

He said Parliament is “not able to have the best from its committees because we have a system and a structure where committees will have to wait in plenary for referrals to be made to them before they go out there to fish for information, but that is not supposed to be the case.”

“The Constitution provides the committees to proactively step out to conduct inquiries into the administration of the Executive and indeed all the constitutional bodies, how we came to arrive at that by our own Standing Orders is not known. So we must lift the yoke that we have imposed on ourselves,” he added.

The strengths and weaknesses of investing in Bitcoin in Africa [Article]