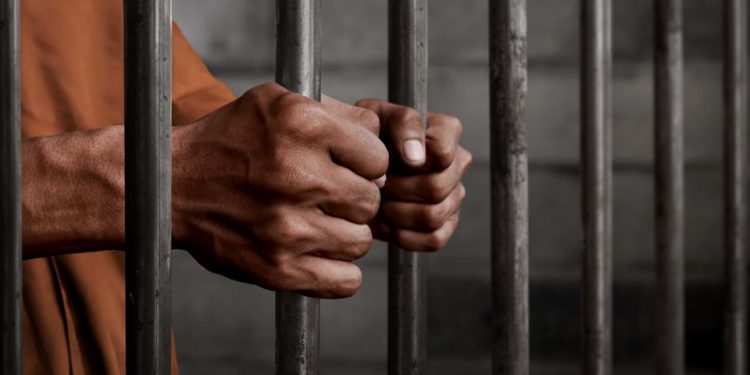 A 48-year-old mason has been sentenced to 15 years in prison for defiling a four-year-old girl at Odorkor in Accra.

Akwesi Yeboah pleaded not guilty to the charge of defilement, but was found guilty by the Accra Circuit Court, presided over by Ms. Christiana Cann, after a full trial.

The court was told that Yeboah applied a cream into the girl’s vagina, which gave her a burning sensation, after which she inserted his finger into her and defiled her.

The facts, as presented by the prosecutor, Chief Inspector Kofi Atimbire, were that on April 16, 2018, around 7: 30 p.m, the victim’s parents started looking for her when it dawned on them that she was not around, and nobody knew her whereabouts.

During the search, the father saw her emerge from the room of the accused crying, with her dress wet and the zip opened.

The prosecutor said the father questioned her about why she was crying, and she disclosed that Yeboah called her to come for money to buy biscuits, revealing that “when she followed him to his room, Yeboah put her on his bed and inserted his penis into her vagina”.

The father, according to the prosecution, asked his wife to check what was wrong with the victim, and she confirmed that her daughter was bleeding and also smelled of Robb ointment in her private parts.

The prosecutor said a complaint was lodged with the Domestic Violence and Victim Support Unit of the Police Service at Odorkor, where a medical report form was issued to the complainant, the father, to send the victim to the hospital.

Yeboah was subsequently arrested and arraigned.