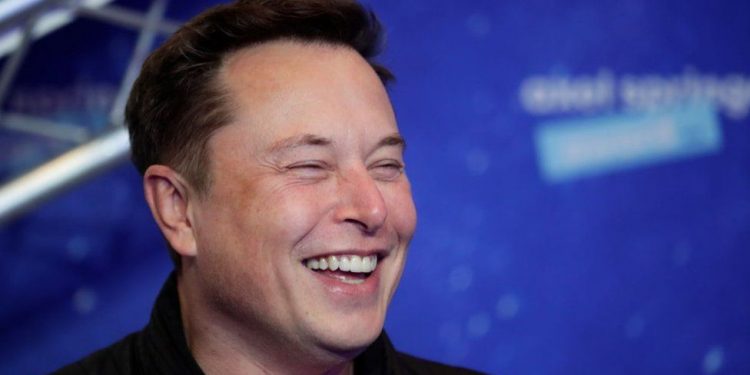 Tesla has suspended vehicle purchases using Bitcoin due to climate change concerns, its CEO Elon Musk said in a tweet.

Bitcoin fell by more than 10% after the tweet, while Tesla shares also dipped.

Tesla’s announcement in March that it would accept the cryptocurrency was met with an outcry from some environmentalists and investors.

The electric carmaker had in February revealed it had bought $1.5bn (£1bn) of the world’s biggest digital currency.

But on Thursday, it backtracked on its previous comments.

“We are concerned about rapidly increasing use of fossil fuels for Bitcoin mining and transactions, especially coal, which has the worst emissions of any fuel,” Mr Musk wrote.

“Cryptocurrency is a good idea… but this cannot come at great cost to the environment.”

He also said the electric carmaker would not sell any of its Bitcoin, and intends to use it for transactions as soon as mining shifts to using more sustainable energy.

The BBC is not responsible for the content of external sites.

Market analysts see the move as an attempt by Tesla to assuage the concerns of investors who are focused on climate change and sustainability.

“Environmental, Social and Corporate Governance (ESG) issues are now a major motivation for many investors. Tesla, being a clean energy-focused company, might want to work better in the environmental area of ESG,” Julia Lee from Burman Invest told the BBC.

“But a cynic might suggest that this is just another move by Elon Musk to influence the cryptocurrency market, as he has done on so many other occasions,” she added.

Elon Musk is hardly ill-informed when it comes to both technology and the environment. When I interviewed him in 2016 he spoke passionately about Tesla’s mission to make transport sustainable in the battle against the “existential threat” of climate change.

So it is somewhat surprising that he has only just woken up to the fact that Bitcoin is not exactly a green project. Cambridge University’s Centre for Alternative Finance runs a Bitcoin Electricity Consumption Index. Right now, it shows that the process of mining the cryptocurrency – which involves using vast amounts of computer processing power – uses more electricity each year than Malaysia or Sweden and is closing in on the annual consumption of Egypt.

Bitcoin enthusiasts insist that mining mainly involves renewable energy – in truth, the miners focus on whatever is cheapest and in China, where many of them are based, that is often electricity generated by coal.

When he announced his grand cryptocurrency plans back in February – and made Tesla’s chief financial officer “Master of Coin” – Elon Musk sparked a surge in the value of Bitcoin and the adoration of its fanatical devotees. Now with the price falling the chatrooms are full of the angry and disappointed – many of them sporting the glowing eyes Bitcoin avatar – accusing their former hero of betrayal.

A move which was hailed as signalling that Bitcoin was going mainstream has ended up showing just how volatile – and downright flaky – the whole cryptocurrency scene can be.

Last month, Tesla announced profits for the first three months of the year were $438m, up from $16m last year, boosted by sales of Bitcoin and environmental credits.

Mr Musk has been one of the world’s most high profile proponents of cryptocurrencies, often tweeting about Bitcoin and the once-obscure digital currency Dogecoin.

His tweets in recent months helped to turn Dogecoin, which was started as a social media joke, into the world’s fourth-biggest cryptocurrency.

What are the climate concerns around Bitcoin?

Bitcoin is created by miners using high-powered computers to compete against each other to solve complex mathematical puzzles.

It is an energy-intensive process that often relies on electricity generated with fossil fuels, particularly coal.

The dominance of Chinese Bitcoin miners and lack of motivation to switch from cheap fossil fuels to more expensive renewable energy sources could mean there are few quick solutions to the emissions concerns over Bitcoin.

China accounts for more than 75% of Bitcoin mining around the world, according to recent research.

The cryptocurrency’s carbon footprint is as large as one of China’s 10 largest cities, the study found.

That is because those Bitcoin miners tend to use electricity produced with fossil fuels, primarily coal, for most of the year, only shifting to renewable energy, mostly hydropower, during the rainy summer months.