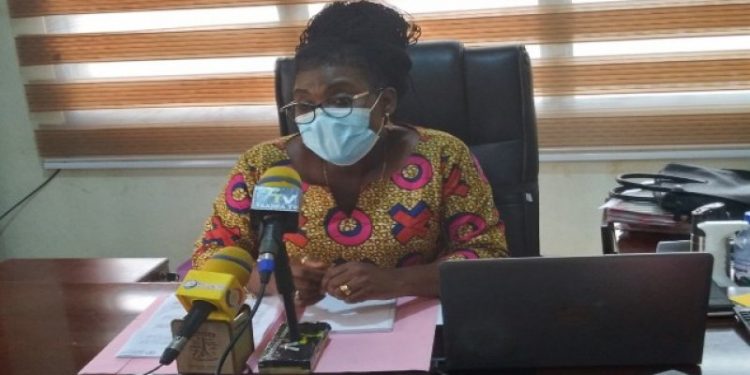 The Food and Drugs Authority (FDA) has urged the public to be mindful of the quality of food they patronise on the market to avoid consuming contaminated foods.

They also want the public to avoid food sold in an unhygienic environment as well as those displayed on the bare floor for their own safety.

The FDA also urged food vendors to stop exposing their customers to danger.

Mrs. Nora Narkie Terlabie, the Ashanti Regional Director of the FDA who gave the advice, said vigilance on the part of consumers is critical to ensuring food safety.

She was addressing the media in Kumasi as part of activities marking World Food Day, which was globally celebrated on June 7, 2021, to draw attention to the health consequences of contaminated food and water.

According to the United Nations (UN), an estimated 600 million cases of foodborne illness are recorded annually, making unsafe food a threat to human health and economies, disproportionally affecting vulnerable and marginalized people especially women and children.

‘Safe Food Today for a Healthy Tomorrow’ is the theme for the 2021 celebration, which is focused on the production and consumption of safe food and its immediate and long-term benefits for people, the planet, and the economy.

It is in line with this that the FDA had been embarking on series of public engagements to create awareness on food safety to prevent needless foodborne diseases in the country.

In the Ashanti Region, the FDA had been engaging market women, schools, the media, and other identifiable groups on the need to handle food hygienically in the interest of public health and safety.

Mrs. Terlabie said every Ghanaian in the food value chain, especially consumers, had a role to play in proper handling and preservation of food? and expressed concern about how some vendors and market women handled food meant for public consumption despite consistent education by the FDA and environmental health workers for them to do the right thing.

The Ashanti Regional Director bemoaned the application of pesticides by some farmers a few days before harvesting their crops, thereby ignoring the harmful effects that could have on consumers.

Keeping food safe both at home and for public consumption, she noted, must not be compromised for any reason, and urged Ghanaians to pay attention to the food they consume for a healthy living.