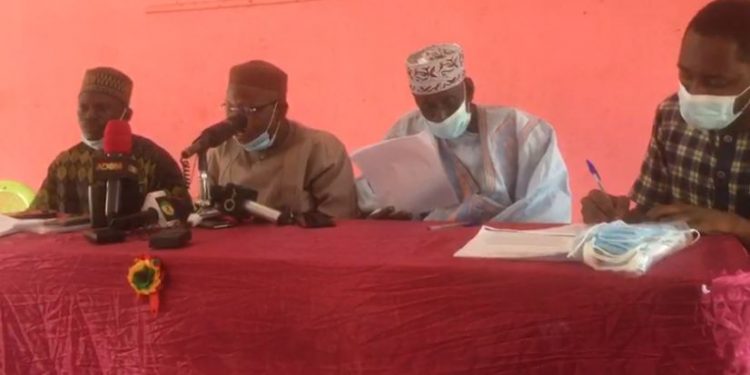 The African Centre for Fulani Affairs and Security, and the National Council of Fulani chiefs, are unhappy with what they say are moves to discriminate against Fulani ethnic groups in the upcoming 2021 population and housing census.

According to them, the Fulani ethnic group has been captured under the ‘All other tribes’ category on the questionnaire to be used for the exercise which will commence on June 27, 2021.

They described it as an unfair and deliberate attempt not to recognize Fulanis in Ghana.

Speaking at a press briefing in Accra, the Acting Executive Director of the African Centre for the Fulanis, Gedel Ahmed Mohammed, said they have petitioned the Statistical Service on the matter and want immediate action to be taken, stressing that Fulanis have a long-standing history of their existence in Ghana dating back to pre-independence.

He said previous censuses in the country confirm the significance of the number of Fulanis in Ghana, noting that in 2000, about 300,000 Fulanis were confirmed to be living in Ghana.

“It is unacceptable, untenable, discriminatory and must be condemned in no uncertain terms. This is based on the unfair perception and discriminatory attitude against Fulanis and the Fulani pastoral communities in Ghana. According to the 2000 Population and Housing Census, which is the most recent, there were 300,000 Fulanis, including the pastoralists in Ghana. These are strong affirmations that the Fulani ethnic groups have always been part of the Population and Housing Census in Ghana by name, so why have we been exempted and classified under ‘all other ethnic groups?’,” he quizzed.

Gedel Ahmed Mohammed said the contribution of Fulanis to Ghana’s development cannot be underestimated, and therefore they must be given due recognition.

The Ghana Statistical Service (GSS) has scheduled the 2021 Population and Housing Census for Sunday, June 27, 2021.

The census was expected to take place in 2020 but had to be rescheduled due to the COVID-19 pandemic.