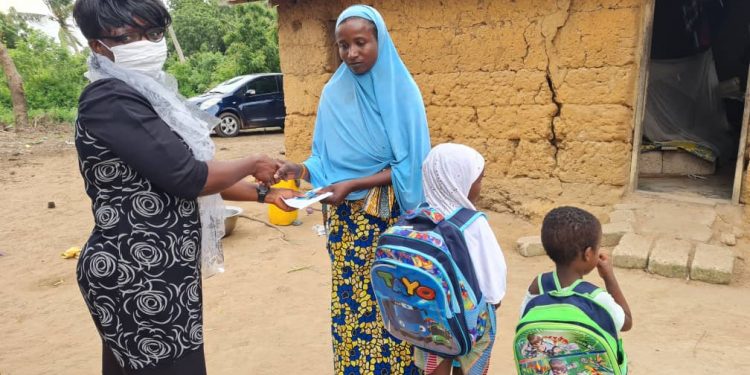 Ten trafficked children over the weekend were rescued at Ada in the Greater Accra Region and reunited with their families.

Five of the children according to information from ENA and EMS, were drawn from Niger to the Ada East District while the remaining five were trafficked in Ghana.

According to ENA, the kids were rescued after a tip-off from a good Samaritan who said five of the kids were engaged in cattle rearing while the remaining five were involved in child labour-related activities.

He said his outfit has provided the ten victims with their educational needs, health needs and also gave their parents sustainable livelihood support, so they could take good care of their wards.

He added that they have been in various communities to rescue victims affected by human trafficking because “modern-day slavery exists”.

Mrs. Elizabeth Hammand-Agyeman, Ada East District Head of Commission for Human Rights and Administrative Justice (CHRAJ) stated that development starts with family through unity, and “we must understand that government can not do everything for us, so we have to also be doing something to help ourselves and that of our children”.

She said planning the number of children one should give birth to is a sure way of curbing human trafficking issues.

She indicated that government is also part of childbearing which is why they build schools, hospitals, etc to ensure that everyone gets access to his/her basic needs.

Mrs. Hammond-Agyeman advised the victim’s parents not to misuse the monies given to them, but rather they should use it for the intended purpose.

Constable Olivia Tokah, a representative of the Domestic Violence and Victim Support Unit (DOVVSU) advised parents not to let their children do tedious works because such requests from them are against the law and if they are found guilty, the law will deal with them.