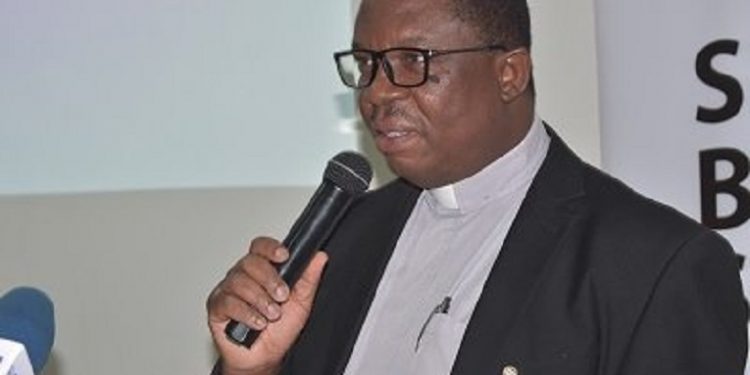 The Christian Council has backed the ‘Promotion of Proper Human Sexual Rights and Ghanaian Family Values Bill’, sponsored by eight members of Parliament, for the criminalization of LGBTQI activities in the country.

It says, it is fully in support of the Bill and hopes it is successfully passed into law.

The Christian Council in a statement said it is also “ready and willing to participate in the consultative process to make the Bill worthwhile”.

The private members’ bill sponsored by the eight MPs, is the first major step Ghana has taken to clearly criminalize LGBTQI activities.

The legislation, titled ‘The Promotion of Proper Human Sexual Rights and Ghanaian Family Values Bill 2021’, will among other things ensure jail terms for some LGBTQ activities.

The Council, “unequivocally states that “it supports the Bill and prays that it will see the light of day.”

While making reference to biblical quotations and what it says are the Ghanaian ethnic customs that frown on homosexual activities, the Christian Council asked Ghanaians to also support the Bill.

This it says is to protect the good family system that inherited from ancestral lineage.

“We, the CCG, therefore, call on all Ghanaians to throw their weight behind the Bill. We are calling on Ghanaians to support the process through prayers and any other means that may be required”, the statement further added.

The Ghana Pentecostal and Charismatic Council (GPCC), has also thrown its weight behind this new private members’ bill, stating that it is a step in the right direction.

In a statement, the group indicated that it will not hesitate to give backing “to the consultative processes leading to its fine-tuning and passage into law in Parliament”.

It said any attempt to pervert this system would be fiercely resisted through all spiritual, physical, and legal means.

To this end, GPCC said, “we are by this statement reiterating our support to members and leaders of the National Coalition for Proper Human Sexual Rights and Family Values, the Rt. Hon. Speaker of Parliament and our courageous MPs promoting the drafting, laying, and passage of the Bill into the law.”

Groups and individuals who advocate for the rights of LGBTQI people or offer support also face sanctions under the law.

The Bill has sparked outrage from human rights activists and persons sympathetic to LGBTQI people, but a significant number of Ghanaians have welcomed the proposed legislation.

NDC Member of Parliament for Ho West, Emmanuel Bedzrah, says he expects President Akufo-Addo to assent to the Anti-LGBTQ Bill when the time comes.

He said over 90 percent of legislators in Parliament were in support of the Bill that has courted controversy and outrage since it was leaked last week.

“You will see the overwhelming support when it comes to the debate on the floor, and I can assure you that the President will have no other choice but to assent,” Mr. Bedzrah said.

He has also described the private members’ Bill as “a complete waste of a very important instrument for promoting democratic governance.”