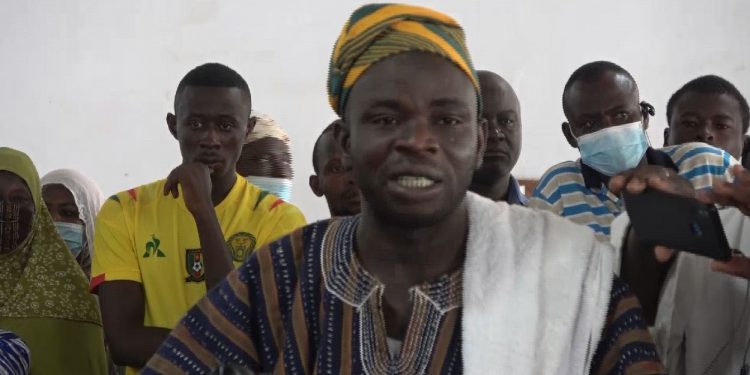 The Overlord of the Wa Traditional Area, Wa Naa Fuseini Seidu Pelpuo IV, says the government must provide some form of compensation to inhabitants of the area who were assaulted by some soldiers on Thursday.

He said the unprovoked attack on residents of Wa by the soldiers was a breach of trust and respect between the Ghana Armed Forces and the community.

He said they also want the soldiers who partook in the assault on residents to be punished without delay.

“The events of yesterday [Thursday] constitutes a breach of mutual trust and respect we had for each other and the only damage reparation we can accept is if the men dragging the reputation of the noble profession of the military into disrepute are fished out and appropriately punished without delay, nothing less.”

“We also expect a form of compensation packages for those who suffered serious atrocities in their hands,” a speech read on his behalf by his Spokesperson, Naa Kadiri Abubakari noted.

He made the comments when the Military High Command paid a courtesy call on him to deliberate on the incident.

According to the traditional leader, the chaos caused by the soldiers in the town caused some residents to losing their property, including a young man who could not find his tricycle after he was beaten.

“I take the opportunity to inform the Military High Command that as a result of the act, there is a young man in the palace right now who is still unable to find his tricycle.”

He further called on residents of Wa to remain calm and not retaliate as efforts are being made to resolve the issue.

“I wish to call on the peace-loving and good people of the Wala Traditional Area and the Upper West Region not to allow the extreme provocative action of a misguided few of our men in uniform to push them to take the law into their hands. We are above this,” he indicated.

Meanwhile, the Chief of Army Staff, Major General Thomas Oppong-Peprah, has assured that the soldiers who assaulted the residents of on Thursday, July 1, 2021, will be duly punished.

Speaking during a meeting which included the Upper West Regional Minister, Dr. Hafiz Bin Salih, the Chief of Army Staff rendered an apology and stated that they were shocked when they saw the videos of the assault on social media.

“It took all of us by surprise last night when we saw the video of people in military uniforms on the streets of Wa challenging civilians. And after thorough investigations, we got to know that they were part of soldiers from the very unit that we have set up over here to protect civilians. So, without wasting time at all, the military High Command met, and the decision was taken immediately for me to come here to apologise for what happened, and to tell you that all those involved in this act will be brought to book. They are subject to the Military Code of Discipline, and we will apply the appropriate sanctions. Again, I want to reassure you that we wouldn’t let this single occurrence mar our relationship at all,” Major General Oppong- Peprah said.