‘Don’t give MPs, Council of state members car loans after this last one’ – Finance Committee 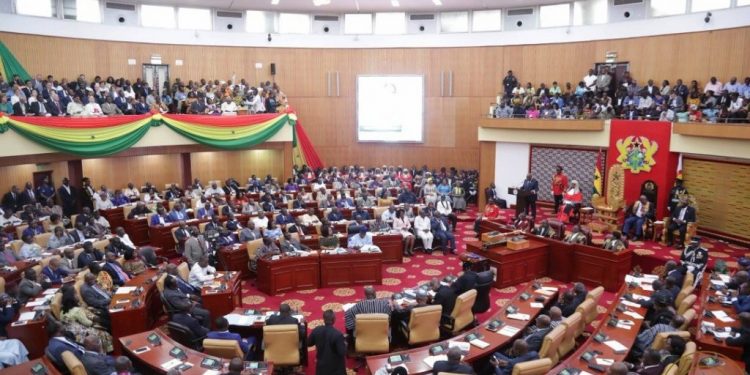 The Finance Committee of Parliament has recommended to the House to discontinue the practice where government facilitates loans for Members of Parliament and Council of state members to purchase cars for official duties.

Government usually pays 60 percent of the loan with the accrued interest, whiles the beneficiaries pay forty percent, although there have been instances where some MPs have defaulted in repayment.

The Finance Committee, nonetheless, wants the new arrangement to be implemented in the future, which means that MPs and Council of State members can still benefit from the current loan agreement of 28 million dollars and 3.5 million dollars respectively, tabled by the Finance Ministry.

This was captured in the report of the Finance Committee on the two loan agreements, sighted by Citi News.

There has been a huge public backlash about the loans amidst the economic challenges in the country.

The Committee is thus urging Parliament and the Parliamentary Service to take the necessary steps to ensure the provision is discontinued.

“Accordingly, the Committee strongly recommends to Parliament the discontinuation of the current vehicle loan arrangement for MPs and Council of State Members. Members of Parliament and Members of the Council of State should have similar duty post vehicle arrangements as other Article 71 officeholders. And the Committee respectfully recommends that Parliament and the Parliamentary Service take the necessary steps to ensure that this happens.”

“The instant vehicle loan arrangement for MPs and Council of State Members before us today should therefore be the last one the state is sponsoring,” it said.

The Committee said it has taken note of the recent concerns expressed by many Ghanaians about the burden of the current arrangement on the public purse.

“These legitimate concerns are fuelled by the fact that, of all the Article 71 officeholders, it is only Members of Parliament and Members of the Council of State who benefit from these vehicle loans, a large part of which are repaid by the state”.

The Committee’s request comes shortly after a motion filed by the North Tongu MP, Samuel Okudzeto Ablakwa, and the MP for Okaikwei Central, Patrick Boamah, asking Parliament to reject the $28 million loan facility.

According to the motion sighted by Citi News, they rather want the state to provide for members logistics necessary for the performance of their duties as provided for under article 71 of the 1992 constitution of Ghana.

Mr. Ablakwa, who spoke on Eyewitness News on Tuesday, July 13, 2021, said the motion has been well-received.

Based on the $28 million loan agreement to Parliament for the purchase of vehicles for the 275 legislators, each MP is expected to receive over $100,000.