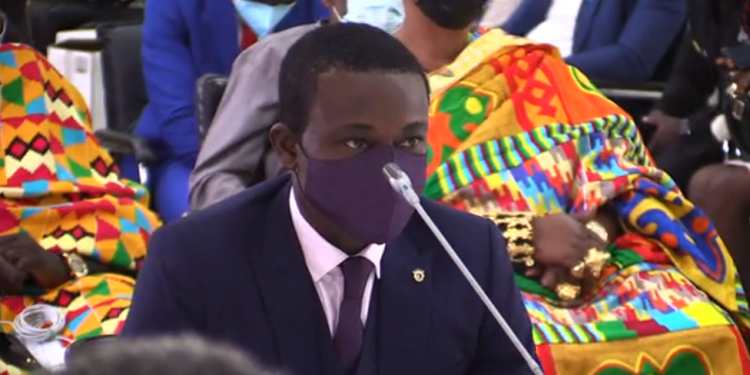 The Special Prosecutor nominee, Kissi Agyebeng, has no intentions of resorting to the strategies of his predecessor, Martin Amidu in fighting corruption in Ghana.

Mr. Agyebeng, during his vetting in Parliament on Thursday, July 22, 2021, said he intends to rely on his own experiences and professional training to effectively deliver on his mandate as a Special Prosecutor.

Kissi Agyebeng said this in response to a question posed by the Minority Leader, Haruna Iddrisu, who sought to find out how prepared he was in filling the “heavy shoes of Martin Alamisi Amidu given his enormous experience and background.

Responding to Mr. Iddrisu’s question, Mr. Agyebeng said: “There was a reference to filling the heavy shoes of a named individual [Martin Amidu], but I will prefer to wear my own shoes in the sense that, I’m my own man, and I am coming with my own experiences and professional training. In this quest, my conscience and learning of the law are going to be my guide – Kissi Agyebeng, Special Prosecutor nominee.”

Political activists and observers had expressed concerns about Agyebeng’s connection with the top officials of the governing New Patriotic Party (NPP) including Gabby Asare Otchere-Darko and Godfred Dame, the Attorney General, following his nomination as Special Prosecutor.

Martin Amidu had insisted that the Attorney-General, Godfred Dame, had nominated Mr. Agyebeng due to their personal relationship as friends and former classmates.

While describing Kissi Agyebeng as a surrogate of Africa Legal Associates, a firm founded by the President’s cousin, Gabby Asare Otchere-Darko, Mr. Amidu also cast doubts about Kissi Agyebeng’s ability to independently and impartially handle corruption cases due to his role as counsel for some persons and institutions engaged in alleged corrupt acts.

“Asaase Radio and the nominator of the proposed new Special Prosecutor know or ought to have known the extent of the involvement of their surrogate as a lawyer for suspects in pending suspected corruption cases in which the Government showed an undue interest in the Office of the Special Prosecutor, which I await to see how independently and impartially those cases will be handled to the conclusion should the President submit the name of the nominee to Parliament, he is approved, and then appointed,” he said.