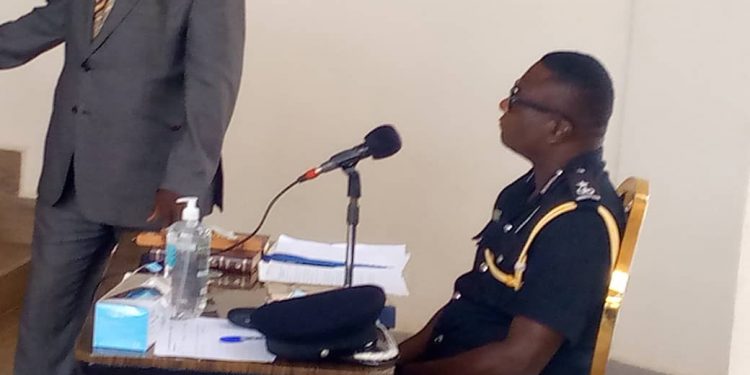 According to him, the death of Ibrahim Muhammed also known as Kaaka, was a catalyst for the disturbances.

DCOP David Agyemang Adjem made these comments when he appeared before the ministerial committee probing the incident on Wednesday, July 7, 2021.

“For example, we are told Kaaka was an NDC person, but some other parties are claiming he was their member, and subsequently all NPP items in Ejura were vandalized, and I’m sure that if an NPP person had died, you won’t destroy your own party items.”

However, when questioned for his opinion on the personality of Kaaka, he responded by saying, “I think Kaaka was a social activist who posted a lot of pertinent social issues on his pages.”

The Deputy Ashanti Regional Police Commander also admitted to failings on the part of the police in the handling of the tensions in Ejura on June 29, 2021, leading to two deaths and injuries to four persons.

“I think the coordination was good, albeit the execution wasn’t perfect,” DCOP Adjem said to the three-member ministerial committee tasked to investigate the disturbances at Ejura.

“In the past, we’ve had incidents, anytime they had seen the military, normally they would calm down and some level of peace would have been restored, but this time I think we miscalculated, and we take responsibility for that,” DCOP Adjem said.

Following his burial, some residents of Ejura began a street protest but were confronted by armed police and military personnel, leading to the death of two persons who were said to have been shot by some soldiers. The Police claim the protestors had become rowdy and were pelting s the security personnel with stones.

Meanwhile, the Ashanti Regional Police Command has said it is investigating the incident.

But the Minister of Interior, Ambrose Dery upon the instructions of President Nana Addo Dankwa Akufo-Addo has set a committee to look into the issue.

The committee began sittings on Tuesday, July 6, 2021, and has ten days to submit its report to government.