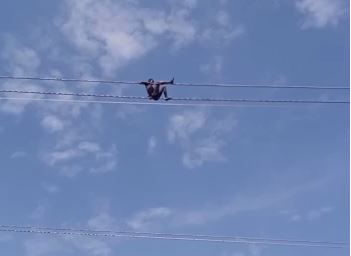 Kwame Joseph, a man believed to be a native of Bolgatanga in the Upper East Region, has been hospitalized after he fell from high tension electricity cables at Loagri in the Walewale Municipality of the North East Region.

According to residents, the man, believed to be mentally ill, was seen hanging on a high tension pole in the community.

Residents say it took the intervention of the police in Walewale to get him off the cables after they called VRA to cut power to the lines.

He is currently receiving treatment at the Hospital.

“Around 11:30am on Wednesday, some residents came and told us they had seen a man on the high tension cables in Loagri. We initially thought it was a joke, but upon reaching there, we saw him on the wires, fully naked. He was speaking Twi when we tried communicating with him, and he was there for close to three hours.”

“We all tried to persuade him to come down, but he still stayed there until the Police came. We left when it started threatening to rain and were later informed that he fell down when the rain started and broke his leg so he was rushed to the Walewale Municipal Hospital by the police,” an eyewitness stated.

Meanwhile, a Facebook post sighted by Citi News, stated that the man identified himself as Kwame Joseph, a native of Bolgatanga.

“The patient on admission was spotted hanging on a high tension wire along the Nasia Tamale road but with the timely intervention of the police and other community members, he was persuaded to come down which be refused and jumped down in the process, he broke his leg. He’s currently on admission in the Walewale Hospital receiving treatment. I’m appealing to the public to help us locate his relatives. He only mentioned his name as Kwame Joseph and that he hails from Bolgatanga Municipality,” the post indicated.” 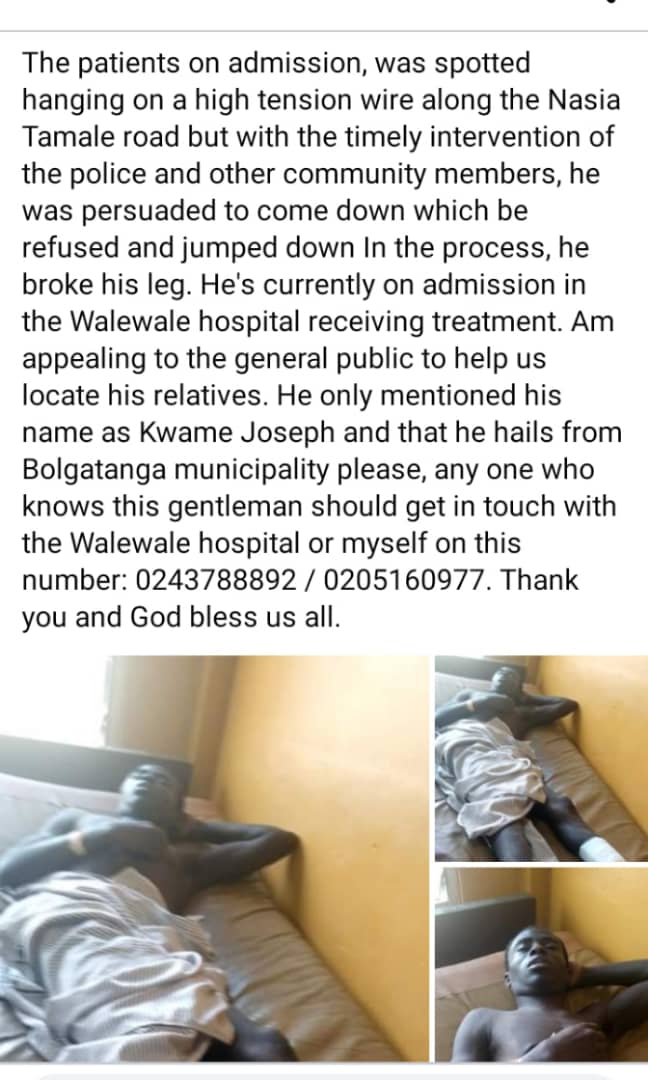 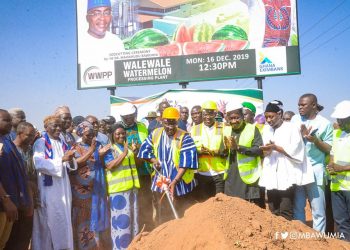 Bawumia cuts sod for construction of 100-bed hospital in Walewale