Budumburam Camp residents given up to Sept. 30 to relocate ahead of demolition 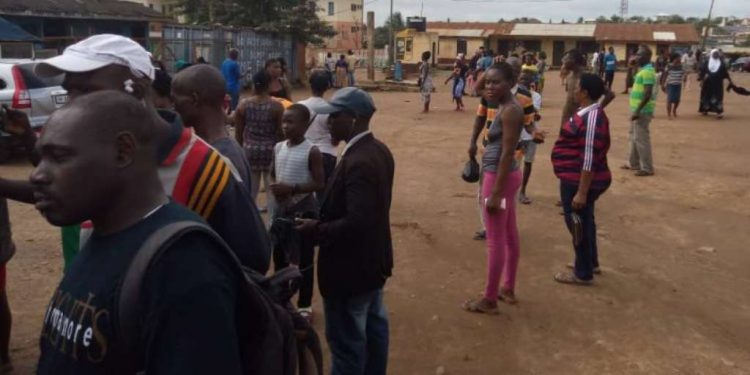 Residents of the Budumburam camp in the Central Region have been given up to September 30, 2021, to vacate the area to pave way for the planned demolition.

The directive comes after the Chiefs and People of Gomoa Fetteh led by Chief of the town, Nana Abor Attah, appealed to the government to demolish the enclave to rid the place of suspected criminals. They subsequently gave the government three months to heed their call.

In a letter sighted by Citi News and signed by the District Chief Executive for Gomoa East, Solomon Darko Quarm, those living inside the Budumburam camp have been asked to vacate the area before September 30, 2021, to allow for the demolishing exercise to take place.

According to the DCE, they have given the people of Gomoa Budumburam enough time to relocate hence the decision to move them by September 30, 2021.

“Since the decision came from the government to move the people from the Budumburam camp, we quickly informed them, so I don’t think we should have a problem at all. We have started serving the affected residents eviction notices,” Solomon Darko Quarm told Citi News.

He says those who fail to leave the enclave after the September 30, 2021 deadline, will have themselves to blame since some portions of the enclave will be demolished.

“After September 30, 2021, deadline persons who fail to move their properties from the area will suffer the consequences that come with it,” Solomon Darko Quarm warned.

The Assembly says enough consultations have been done between opinion leaders and the community with eviction letters given to everyone concerned, adding that although they anticipate strong opposition from the residents, laid down procedures have been followed to allow for the place to be demolished.

“We have had enough consultations with government, opinion leaders, chiefs, and residents and have come to the conclusion that the place must be demolished for the betterment of the people of Gomoa East. Letters have been served to affected residents to move,” Solomon Darko Quarm said.

According to some of the residents who spoke to Citi News, although plans are far advanced to demolish the area, the perception that Budumburam camp harbours criminals is false.

“People often commit the crime and then come and hide here, in Budumburam camp, for fear of being arrested. Not everyone living inside the camp is a criminal as it is being purported,” a resident who gave his name as Adolf told Citi News.