‘CSOs will back a good GNPC deal; government must listen critically’ – Bright Simons 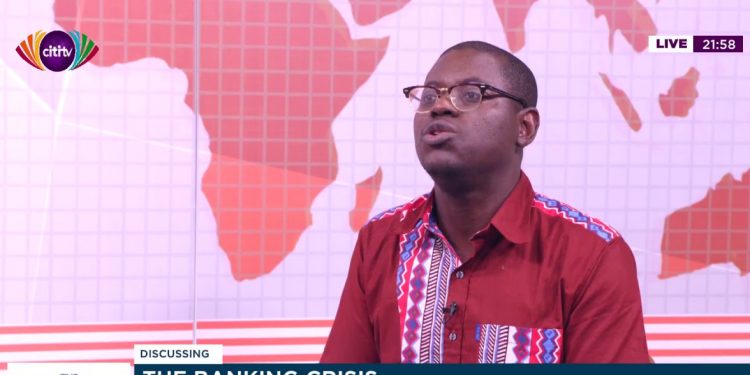 A Vice President of IMANI Africa, Bright Simons, says the government has a key role to play in ensuring that the Ghana National Petroleum Corporation (GNPC) does not go ahead with its planned increased acquisition of Aker Energy‘s oil bloc since it is a highly risky venture.

According to him, there is ample evidence that the planned activities of the GNPC towards the bloc is not in the country’s best interest.

Speaking on Citi TV’s The Point of View, he said the executive arm of government must take all the criticisms and arguments advanced by the various Civil Society Organizations and ensure that GNPC’s planned activities are worthwhile.

“At this stage, a lot of the responsibility and burden lies on the government, the executive, to take into account all the criticisms and respond to them and assure us if they don’t have compelling reasons why they don’t have to spend all this money,” he said.

He faulted parliament for giving the corporation the mandate to go ahead to find deals for the programme.

He said parliament behaved “recklessly” by approving GNPC’s application without interrogating it in detail and asking critical questions.

He however said parliament can redeem itself by relooking at some of the issues in the substantive agreement.

“If they come back, and they spend that 1.1 billion dollars, my view is that, those MPs with a conscience, even though they have already given them the mandate, should revisit some of the issues in the substantive agreement. “

Meanwhile, the global thought leader has rubbished claims that the loan agreement will be on GNPC’s books, and does not in any way affects the country’s direct spending.

He said the government bears the risk of paying up the loan if GNPC defaults in payment or does not raise enough money to make the payment according to the agreement.

“If GNPC defaults, the government is the one that is actually doing the borrowing… If GNPC does not get the first oil in 2024, it means there is no oil to securitize and pay. A commitment to securitize is misdirecting the risk and there is no gurantee that the production will start on time,” he said.

“It is also very likely that there will be technical issues so the actual production, if the volumes are low, even if you securitize those volumes you are not able to service the debts, so government has to come in,” he added.

He said the Civil Society Organizations that are championing the campaign against the deal will continue to monitor the situation and will push for the GNPC to settle for a deal that is “far lower” than the $1.1billion ceiling they have been granted by parliament.